Our search for Avatar began at the “Golden Whip Brook” in Zhangjiajie, Hunan, China. Walking almost 7km along the banks of the brook gave us a sensation of listening to the second movement of Beethoven’s Symphony No.6 “By The Brook”. It was sheer joy and peace as we walked along the banks; the brook babbling across its boulder strewn bed and the birds singing are the only sounds around us.

For a couple of  days, we journeyed through mist and fog. The mist always brings about a mystical feel. This area is well known for its strange shaped rock formation of quartz-sandstone. Some of these formations seem to have come from out of this world and looked even somewhat grotesque. The combination of the mist and the rock makes the scene surreal.

We have been walking a few hundreds steps up and down the mountains; with mist surrounding us everywhere.  There was a strange feeling that we were walking among the clouds. It was unbelievable that only a few meters away was a platform, topped off by trees,  appeared  to be floating in the air. In fact, dividing between us were deep plunging ravines concealed by the mist. 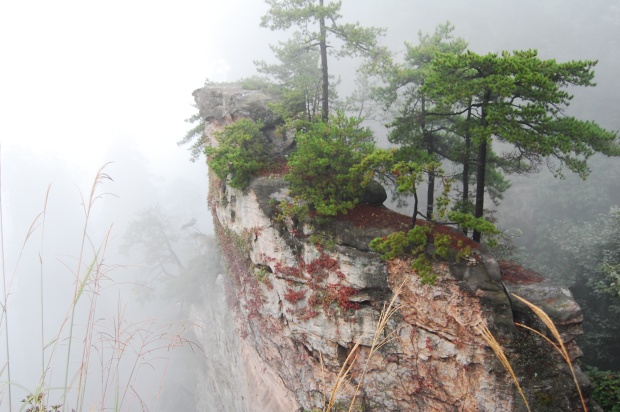 Soaring fingers of rock seem to have punched through the face of the earth and reaching up up to the sky. These narrow pillars could have been easily 100-200 meters high. They bear the scars of the millennia of weather erosion that created them. We have seen nothing like that before. The rock formations we saw at Cappadocia, Turkey were not as dense, numerous or dramatic.  The setting here comprised of lush subtropical forest from which 243 giant peaks emerge which in turn are surrounded by more than 3000 incredible karst. This is perhaps one of the densest and most dramatic examples of karst mountain scenery anywhere in the world— the fantastical peaks are said to have been the inspiration behind Avatar’s floating islands. The closest image we saw were the numerous clusters of  tall buildings from the Victoria Peak in Hong Kong reaching out for the sky on a foggy day, however, they are man-made. 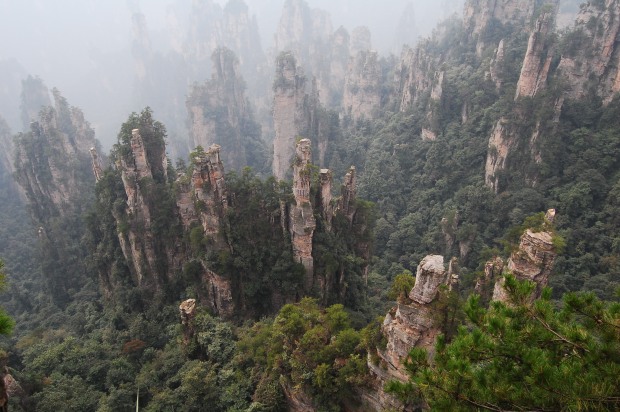 We finally reached the First Bridge in the World. This is a natural bridge of stone joining two mountain tops. Probably, it was formed when the lower parts eroded away leaving the land bridge. Stories have it that acrobatic planes did fly through underneath the land bridge in a formation. 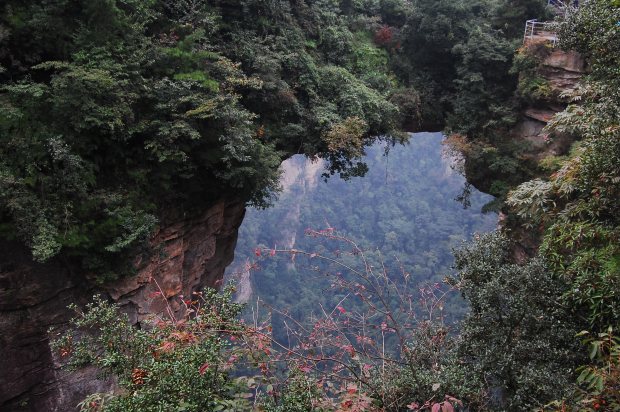 It was a tough climb, but well-worth it when you stop on top of the land bridge to catch your breath and take in the majestic sights that surround you. 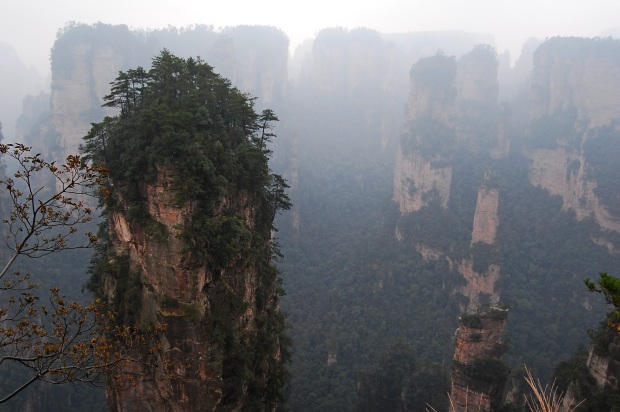 Finally, we found the stone pillar that inspired Avatar. . . . . . . a movie which taught us that everything in this world is connected – the earth, the sky, the water, and life. High up on these mountains we prayed that this interdependency is understood and respected.

17 thoughts on “In Search of Avatar – Zhangjiajie (張家界)”