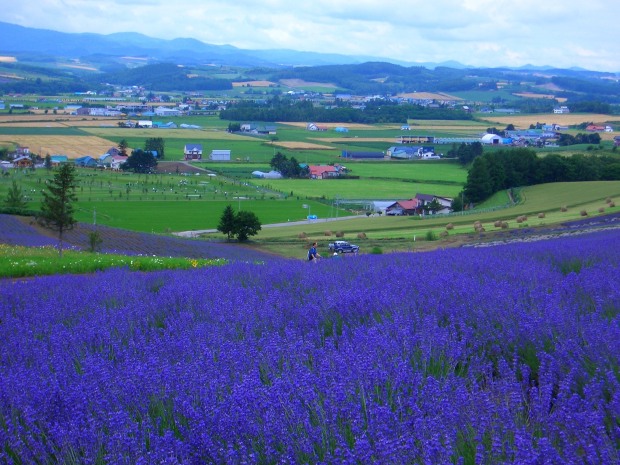 Biei (美瑛町) is famous for its views of wide fields and hills. The bright colours of its fields attract thousands of visitors in the summer. Furano (富良野市), a city in the southern reaches of Kamikawa Subprecture, is well-known as a tourism destination famous for its lavender fields.

Our visit to Biei and Furano was bascially an unstructured tour, we just drove to where we would like to go, depending on where our hearts led us. We first stopped by the lavender fields. 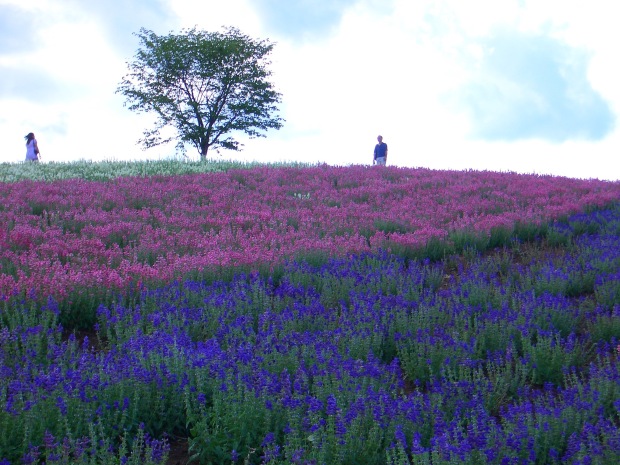 Driving further afield, what caught our eyes  were rows and rows of carefully planted flowers in multi-colors arranged  like a beautiful rainbow. 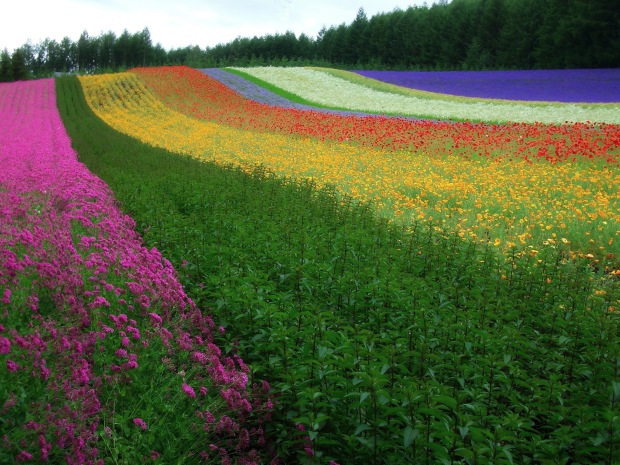 I was wondering whether only in Japan where everything is so orderly that even flowers are neatly arranged and cropped. The flowers in colours of the rainbow and rolling fields were attractive but  seemed so orderly almost amounting to an overkill. 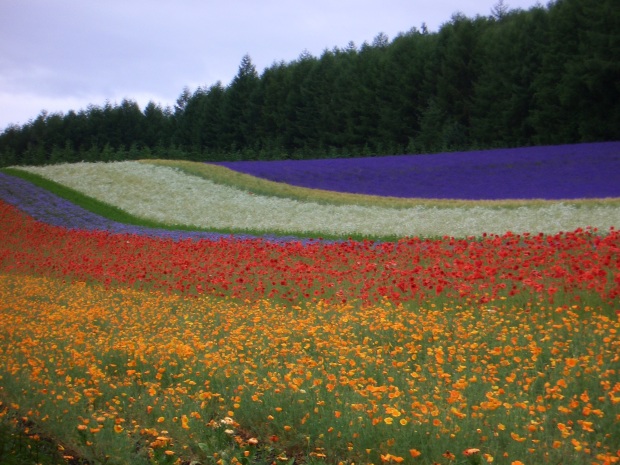 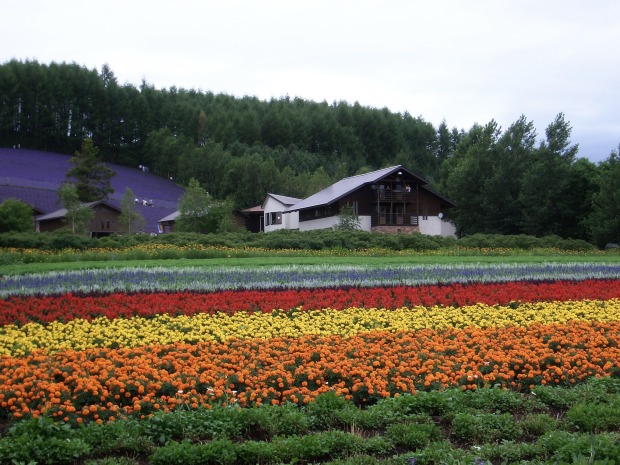 Any reason for arranging them as rainbows? I have no idea but we humans like to replicate the natural beauties on the ground.

I rather prefer flowers in its natural environment. I like them running wild,  reckless and there is where beauty is discovered. 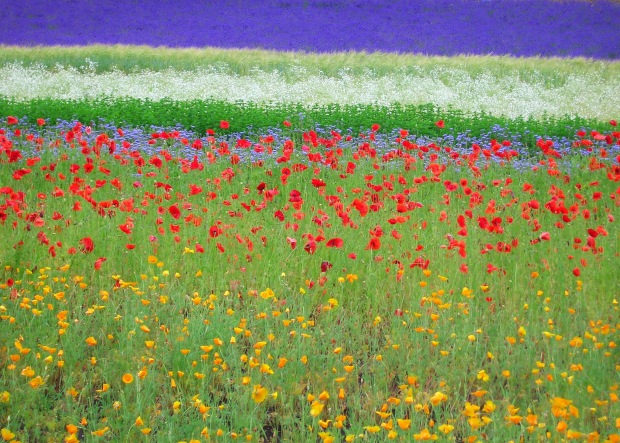 We wandered beyond or over the rainbows. Strolling on the rolling hills, we found happiness in being surrounded by flowers. 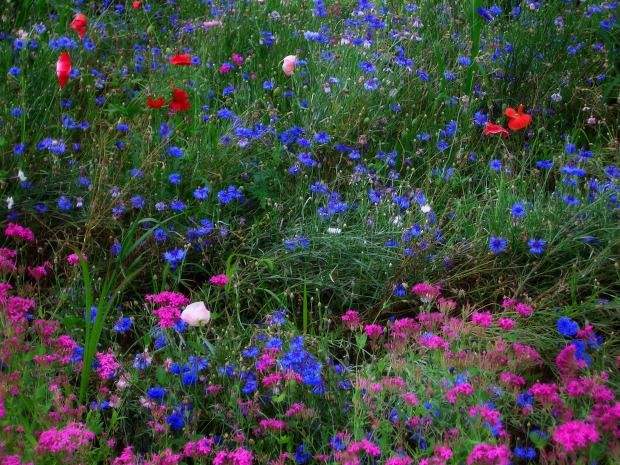 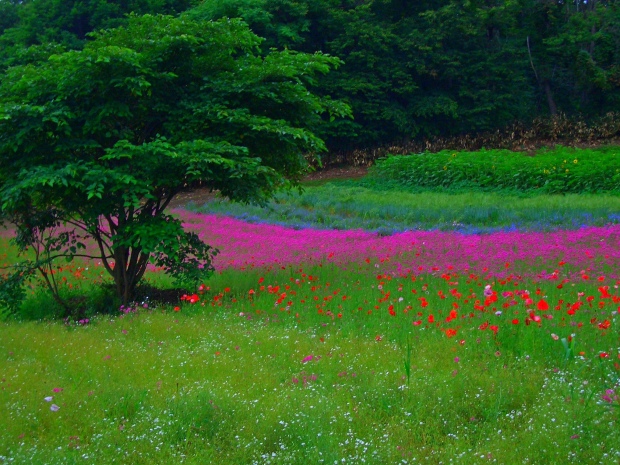 For a moment, the poppies on the hills reminded us of Monet’s painting of the poppy fields. They are so vivid and of vibrant colors. 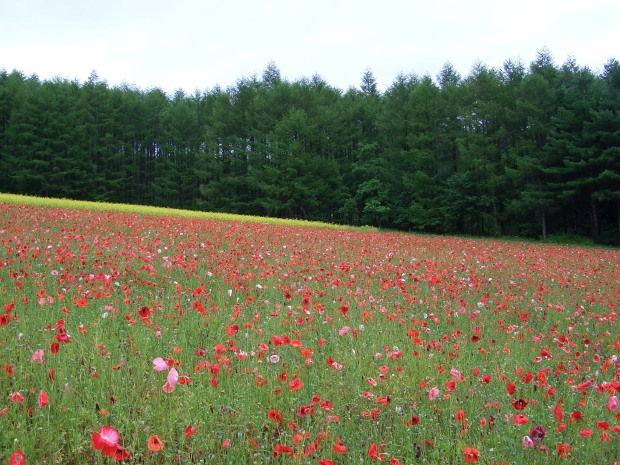 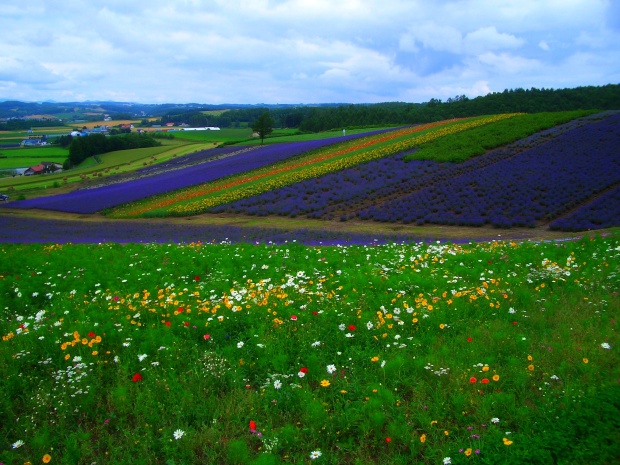 Many other flowers make Furano an attractive destination also outside of the lavender season. The main season for flower viewing takes place between June and September, although some flowers also bloom earlier or later. Flowers include french marigolds, iris germanica,  poppies, scarlet sage, sunflowers and lupins etc., indeed, Hokkaido is a paradise for flower lovers. 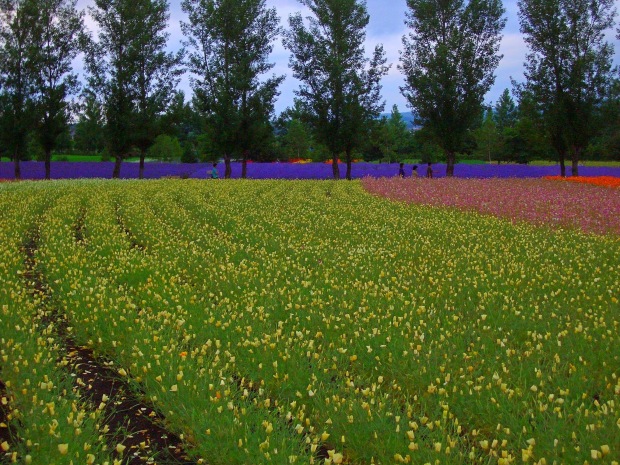 For the whole afternoon, we were immersed in a sea of flowers. We pondered for a moment whether travelling several thousand kilometers just for the love of flowers worths the trip?  In our  minds, we have no doubt about it.

411 thoughts on “The Rainbow of Flowers in Biei and Furano, Japan”