Not knowing exactly what are patterns, I looked up for the meaning in Wikipedia:

A pattern, apart from the term’s use to mean “Template“, is a discernible regularity in the world or in a manmade design. As such, the elements of a pattern repeat in a predictable manner.

As someone who likes taking photos of landscape, seascape and architecture, I don’t have a lot of photos showing how nature at work  which shapes many of the living and non-living matters into patterns of different scales.

I suppose as humans, we like breaking down things into manageable elements and assembling them to become bigger pieces. Like nature, we like them to look pretty and pleasing.

Here are a few examples of man-made patterns.

The photo shows the roof of a temple at YungGang, China. The glazed tiles which are already having their own patterns, are supported by two layers of rafters, the lower layer of circular beams and an upper layer of rectangular beams. On a bigger spacing, the columns heads are interesting decorated with what I believe Dragon Heads!

The picture below taken at Sofia Mosque, Istanbul shows the pattern to a gateway. The repetitive pattern of the ironwork and the gold colors on them are just amazing, not to say anything about the patterns above and around them. 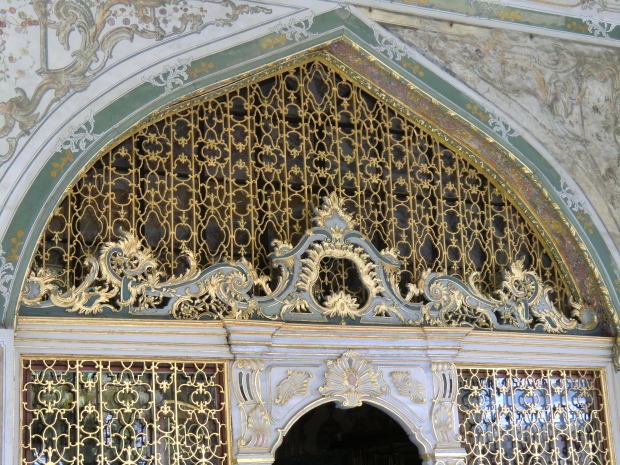 Architects are so good at providing patterns on buildings to render them aesthetically pleasing.

The façade of the palace building at Dolmabache contains many repetitive and symmetrical patterns at different scales.

Can’t help being fascinated by patterns – both man- made and natural!