How could I have forgotten this image when posting on “Patterns”?

As part of the Three Gorges Cruise in China, we stopped by this temple and have a good look in the interior. 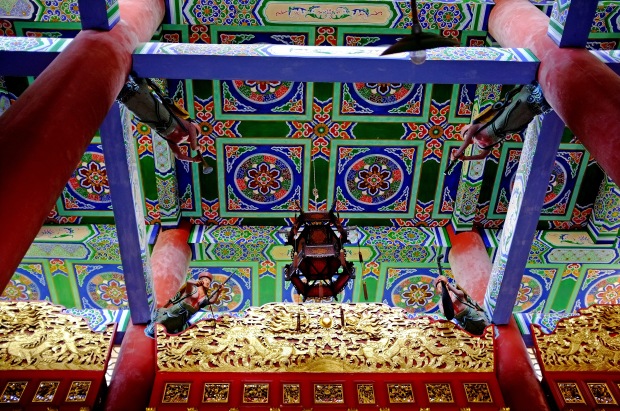 Apart from the following which caught my eyes:

* four red timber columns supporting the roof with beams painted blue on the underside framing into them.

* four figures jutting out from the columns each with musical instruments in their hands.

* a Chinese lantern slung in the middle.

what attracted me most were the colorful patterns everywhere: on the ceiling, on the beams, gold-plated wood carvings near the bottom of the image.