This week’s Challenge is “Curves“.

While many of human’s construction are based on straight lines,  curves do seem more appealing to the eyes.

The most common type of curve is the circle or in a three-dimensional world, the sphere.

Both the interior and exterior of the Sophia Mosque in Turkey exhibit a lot of circular curves. It is amazing to see that the circular domes at several levels harmoniously merged together to form a graceful structure with a column free space underneath. 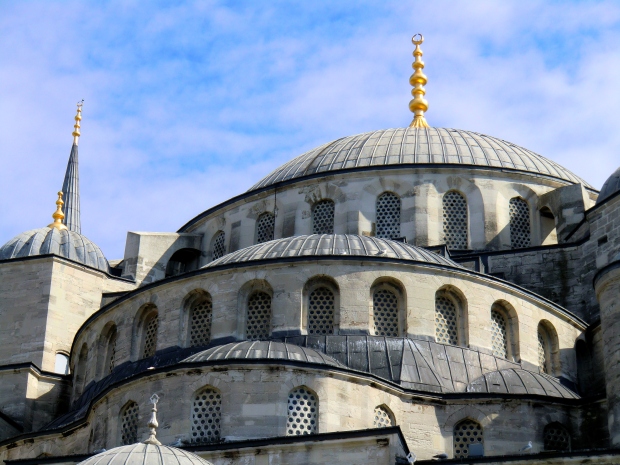 Nature creates a lot of curves too. The picture below is the Obruk Han Golu, doline (sinkhole) below the caravansary near Cappadocia. We were standing at a higher level looking down to the big hole when the sun was setting. Two men were  taking pictures near to the edge of the hole. They may have disturbed some birds taking refuge at the rocks; the birds flew out in flocks (see the tiny white dots over the water). The sight was just surreal. 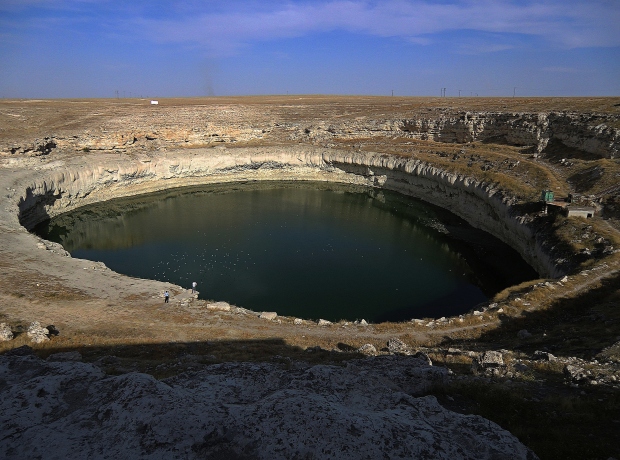 Several things from my trip to Bath, UK in 1985 always came to mind. They are the Roman Bath, the Royal Crescent and the weir just downstream of the  Pulteney bridge on the River Avon.

The weir was rebuilt in 1970s in its current ‘V’ shape with an associated flood control gate on the east side of the river. The Pulteney weir was featured in the recently released film of Les Misérables.

The weir has carefully combined engineering and art to form an icon for the town.