This week’s challenge is Sea.

I am a sea lover.

The sea means many things to me.  Like my mood, sometimes, it is serene and peaceful; sometimes it is wild and free.

I have seen seas crashing in, eroding islands and breakwaters; luckily, I have never seen a tsunami and never want to see one.

My photos below are more about the calm side of the seas.

I particularly like Henry Wadsworth Longfellow’s poem about the sea:

“My soul is full of longing
for the secret of the sea,
and the heart of the great ocean
sends a thrilling pulse through me.”

When I am anxious, uneasy and bad thoughts come, I go to the sea.

The soft murmuring sound of the waves gently lapping on the beach gives me a calming effect which is unlike any other thing in the world.

There are images I particularly like. The beach at Brighton, UK is an image I’ll never forget. The picture was taken in 1985 and converted to digital. 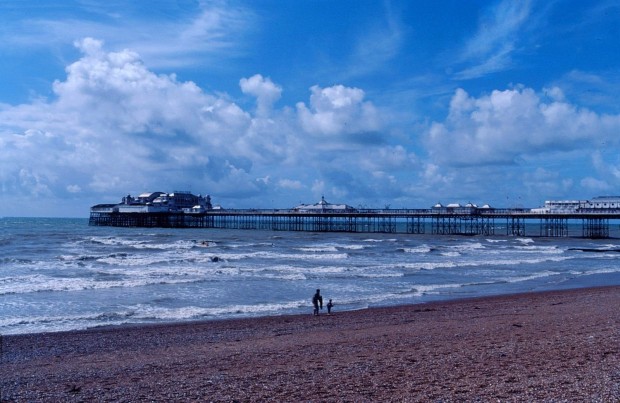 The Adriatic sea is the bluest sea I have ever seen.

I like the view of the Dubrovnik walls / fortresses and the nearby beach – picturesque?. 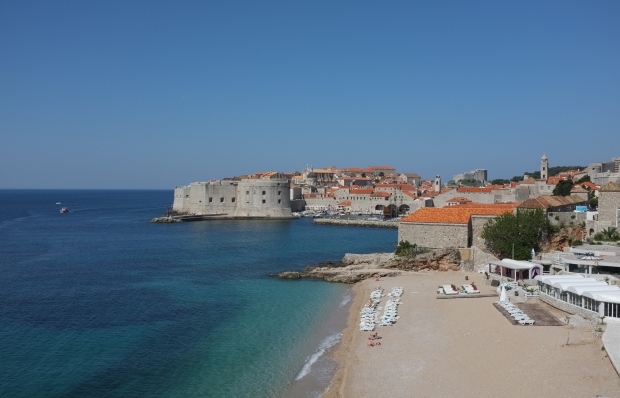 In Hvar,Croatia, climbing up to the top of Spanish Castle and gazing out to the sea and islands was just breathtaking. 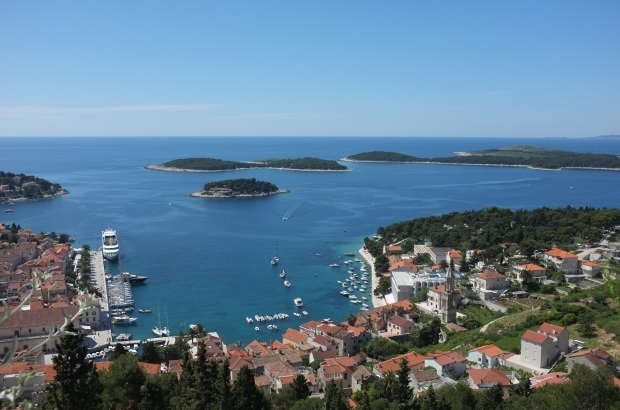 Here is a view of the Baltic sea. Taken on a day when the wind was blowing, the beach was almost deserted, apart from a man flying his red kite. 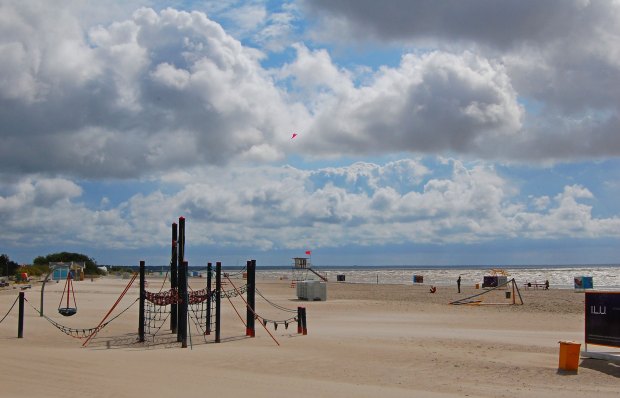 Istanbul, which sits at the cross road of the East and West, is just exotic. I was fascinated by the pink sunset on the Bosporus strait (sea) which separates Europe from Asia. 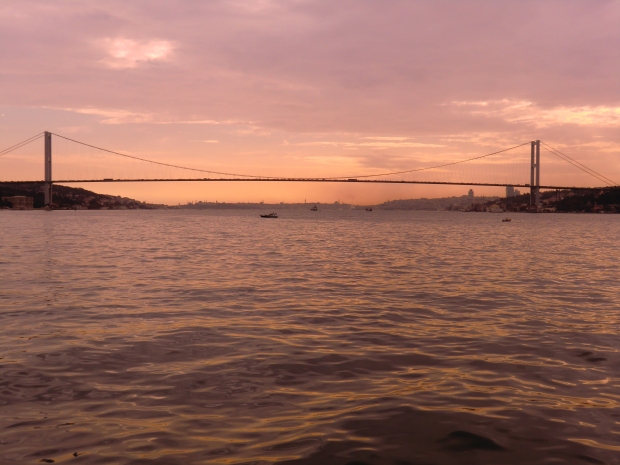 Back in the Asia, the waves crashing in at a cliff in Okinawa was just another memorable sight. 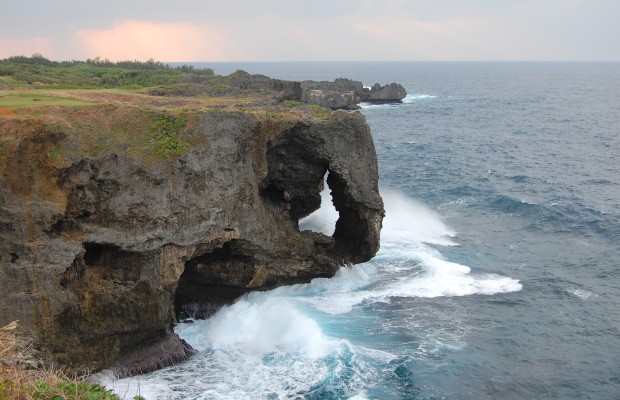 Walking out on the sand bar, towards some islands, in Langkawi, Thailand, is a picture which I will always remember. 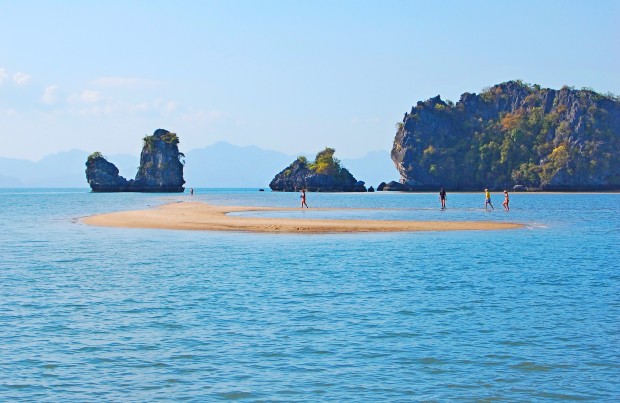 Islands standing out of the blue waters is just a familiar sight in Koh Samui, Thailand. 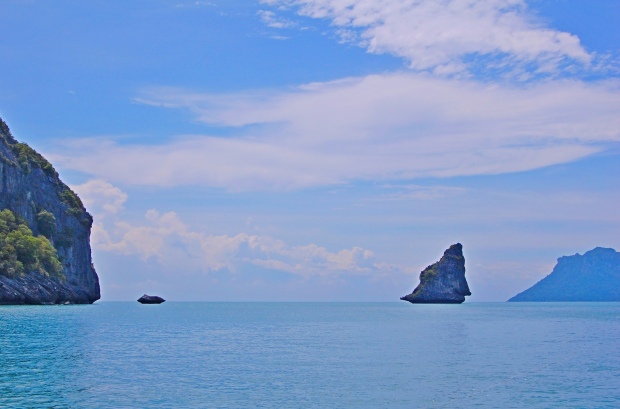 Taking a  speed boat out to the nearby islands was just surreal. 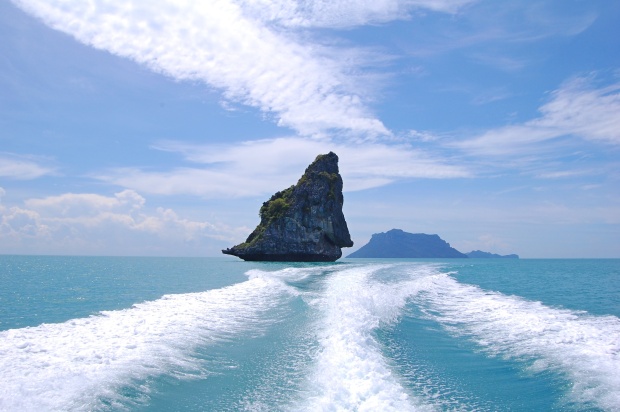 Back home, have never imagined that the Sai Kung sea in Hong Kong can look so beautiful, in the golden hour. 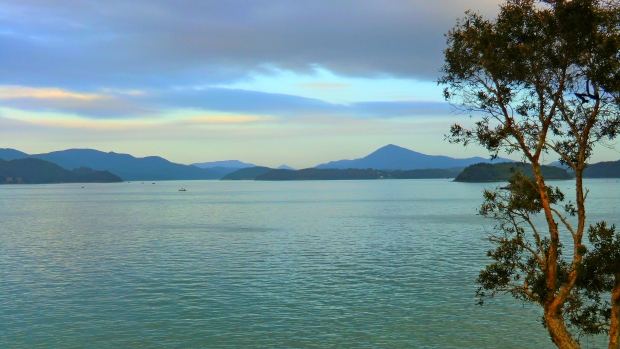 When the sun has set and we were still finding our way towards our destination during a hike, the sky and the sea just merged into one. 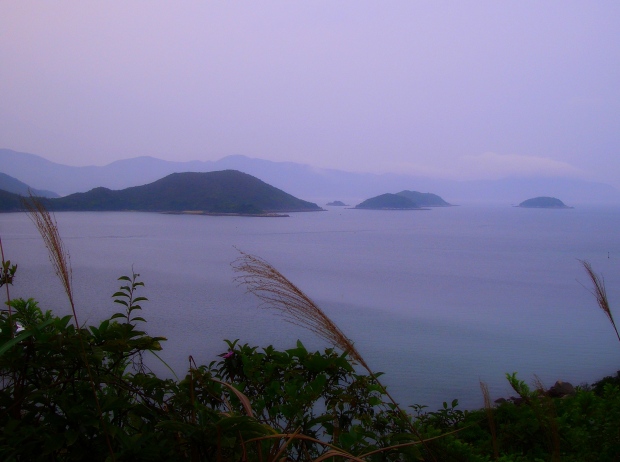 To me, they are like poems of the sea.

There are also some songs / music  about the sea which I like. One of these is Ebb Tide: