If we can live to a ripe old age, it won’t surprise me if, in our life, we have waited or wasted many years in waiting for something to happen. These are things that we know would happen – like waiting for a bus, a train or an airplane at an airport, waiting at a restaurant to be served, waiting at a queue, waiting for your spouse etc..

Today, I am waiting at my home for the typhoon (hurricane) UASGI to come. USAGI is known as the fiercest typhoon of 2013.

USAGI strengthened to become a Super Typhoon before approaching the southern tip of Taiwan. It caused a lot of damages when roaming offshore near to Taiwan, including flooding. Right now, it has been downgraded to become a Severe Typhoon. Still, it is mooted as the strongest typhoon to come near to Hong Kong since 1979. Nobody dare to ignore the fact that it is a well developed typhoon with a “Double Eye”.

Most people like me just stayed at home – waiting for something to happen. The question is not whether the typhoon would come, but only how close it will come to Hong Kong and how much damage it will cause. The typhoon is coming in at a “wrong” time when the tides will be high; flooding is predicted.

Here is a picture taken at the Plover Cove reservoir when a storm was approaching. 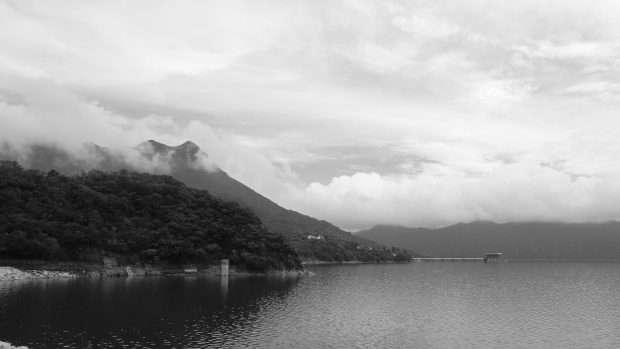 I dare not going outside – otherwise, I would like to take some pictures at the same spot to see how it is like.