This week’s photo challenge is Misty.

For the several days we cruised along the Yangtze River in China, it was almost misty throughout.

Yangtze flows from the Tibetan mountains to the sea and is the longest river in China and also Asia.

It s the third longest river in the world after the Nile and the Amazon.

The river is ladened with a lot of silt.

We started our journey near Wuhan and made our way upstream ending at Chongqing. 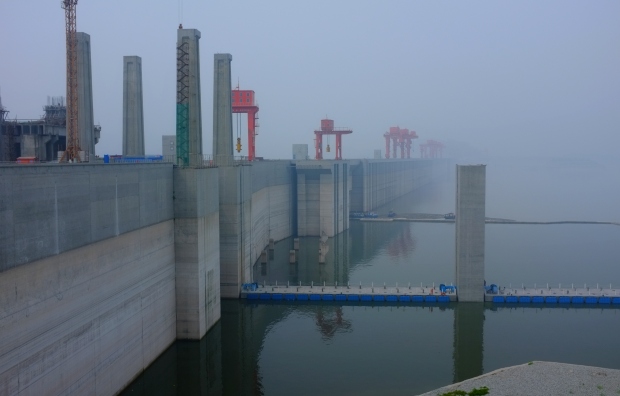 While at the Three Gorges dam, we have a good look at the dam. The mist was so heavy that it seems to disappear at a distance.

I went up to the upper deck of the vessel, trying to take some photos of the early morning mist. Very soon, I found it was just futile if I were to take  pictures of faraway landscape without contrasting it with some nearby objects as the whole picture appeared to be blur.

Later in the day, the mist become less heavier, the whole scene is still misty.

The most common sight were the coal barges transporting coal up or down the river.

Here and there, there were occasional view of villages by the side of the river. 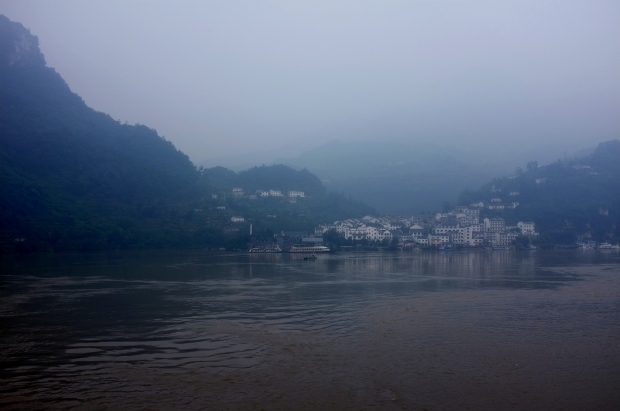 The mist also covered much of the mountains on the sides of the river.

In some instances, you can see the landform just faded out at a distance.

Have experienced quite a few misty trip while up the mountains. Didn’t expect it was also  this misty along the river.