The building of the Stonehenge earth mound may have started around the same time when the pyramid at Saqarra, Egypt was built ( see my previous post).

This ancient monument of huge stones solitarily standing on the Salisbury Plain in Wiltshire, England has captured imaginations for centuries.

There were many mysteries surrounding this monument – who have built it?, for what purpose and how was it built?

Many theories have been put forward. Speculation on the reasons it was built range from human sacrifice to astronomy.

Investigations over the last 100 years have revealed that Stonehenge was built in several stages from 2800 – 1800 BC. It seems to have been designed to allow for observation of astronomical phenomena – summer and winter solstices, eclipses, and more.

It is also a puzzle as to how the stones were transported to the site – including 82 bluestones weighing as much as 4 tonnes for 240 miles from the Preseli mountains in Wales to the Sarsen stones, up to 50 tonnes from 25 miles north of Stonehenge. 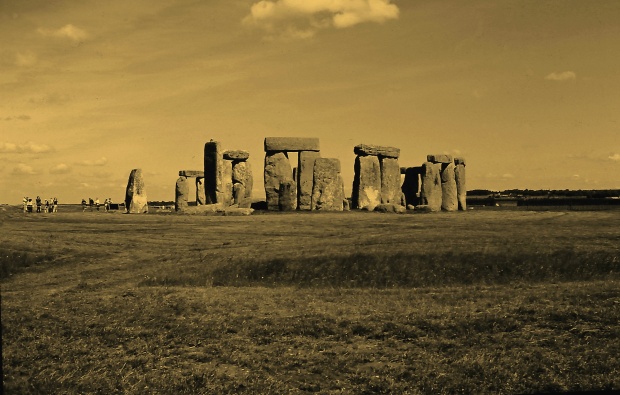