Two years ago, I have a series known as The Impressions of Autumn.

I don’t think I have showcased all the photos.

This is a continuation of the series. 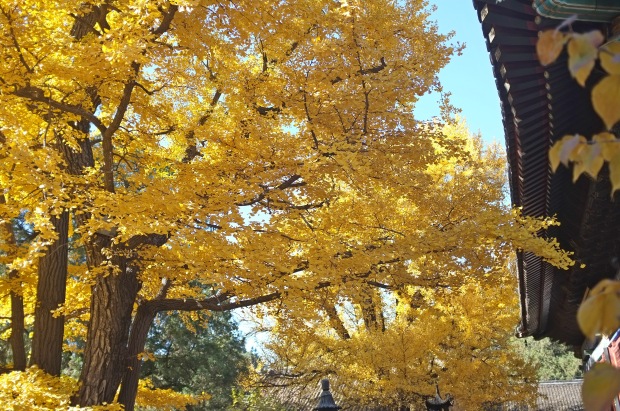 The picture was taken in the HongLuo Temple near Beijing during Autumn.

We were touring the temple site and our eyes were captured by the big ginkgo trees in the garden.

The yellow colors of the leaves extended almost right under the eaves of the temple; it was a magnificent sight.