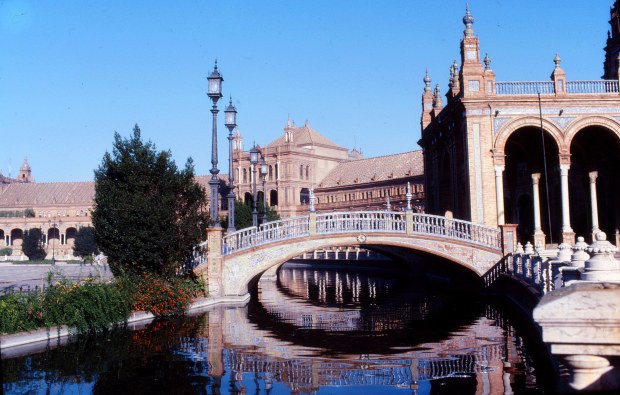 Here are two photos which were taken by me in 1985 and scanned a few years earlier.

The photos show the Moorish architecture of the Mosque-Cathedral of Cordoba.

I have never visited a mosque or church which has such an unique architectural design; a design which I dearly want to share with others.

I don’t think I can better describe this than what has already presented in Wikipedia which is presented below in italics:

The building is most notable for its arcaded hypostyle hall, with 856 columns of jasper, onyx, marble, and granite. These were made from pieces of the Roman temple which had occupied the site previously, as well as other destroyed Roman buildings, such as the Merida amphitheater. The double arches were a new introduction to architecture, permitting higher ceilings than would otherwise be possible with relatively low columns. The double arches consist of a lower horseshoe arch and an upper semi-circular arch. The famous alternating red and white voussoirs of the arches were inspired by those in the Dome of the Rock,  and also resemble those of the Aachen Cathedral, which were built almost at the same time. A centrally located honey-combed dome has blue tiles decorated with stars.

Readers who have been following my posts may know that I was a bridge design engineer some decades ago.

I have a few posts which highlighted some bridges I encountered during my travels in various parts of the world. One of the posts is https://retireediary.wordpress.com/2013/02/25/travel-theme-bridges/

I am delighted that this week’s Sunday Stills is Bridges – which is my favorite subject.

Here I try to group some masonry bridges together. They look aesthetically pleasing, simple and some of them even romantic. They have helped our ancestors to cross over many troubled waters – a big contribution to our present civilization.

My bridges here are mainly masonry. The masons carved the stones into blocks of various sizes, assembled them together in a form designed by engineers who were masters of art and also structural engineering. They were skillfully laid into an arch form so that most part of the bridge are in compression – their creative thinking has helped humans to connect on both sides of the rivers.

I will start off with some bridges in Europe. The first bridge is the one I encountered at Seville, Spain – the reflection in the water is just fascinating! 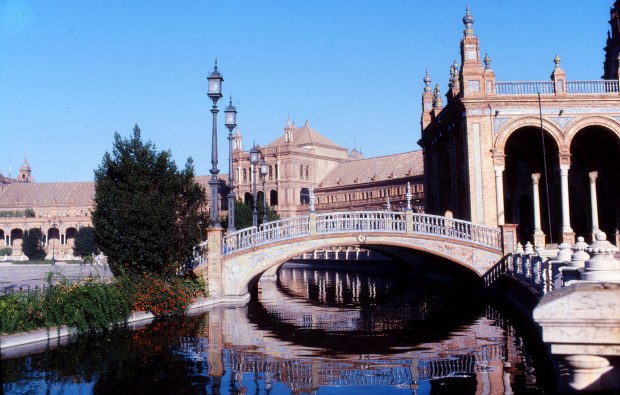 The other one is the one at Cahorrs, France. This is one of the most romantic bridges I have ever come across. The picture was taken in 1985 and I was only able to identify that this is the  medieval Valentre bridge after matching it with internet pictures.

A famous bridge in Venice which has been shown on many photos. I like the cover on the bridge, unfortunately, I do not have a close up of the bridge.

This is another bridge with photo taken in 1985. If memory is correct, this is a bridge in Toledo, Spain.

This is a primitive style single span bridge in a Chinese style private garden in Okinawa, Japan.

A picture I have taken recently in my travel to Naejongsan in South Korea;  a two span bridge overshadowed by red foliage. The principle of aesthetics dictates that bridges look more pleasing with an odd number of spans – so this one deviates from this principle.

A Chinese style arch bridge with photo taken in the rain in West Lake, China – people in umbrellas and ripples in the water add moods to the image which is changed to a sepia. 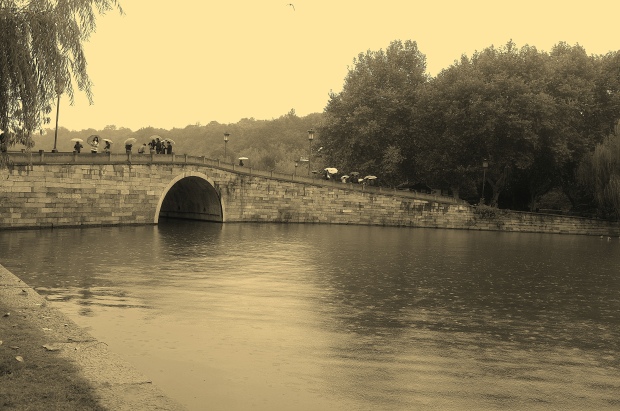 Another bridge with three spans which appeared in my earlier post. however, this is a real Still one and the atmosphere is so serene. 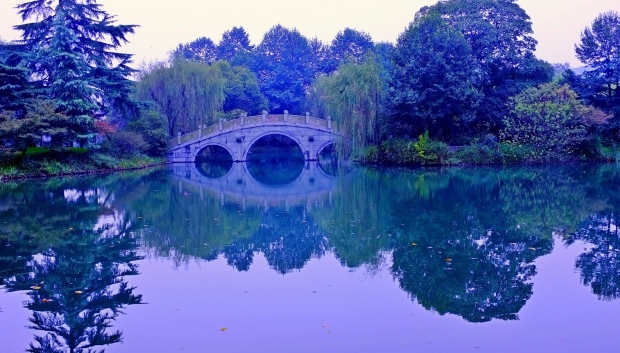 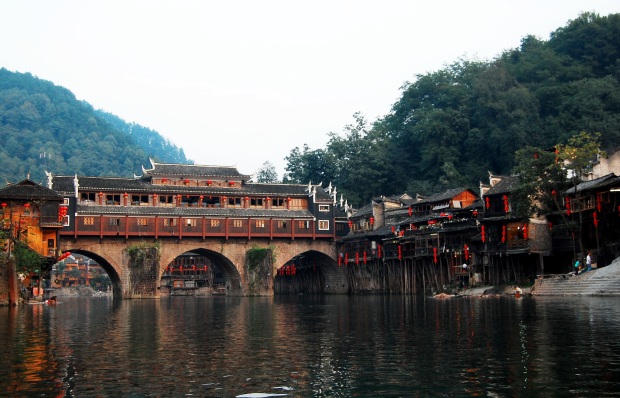 Bridges are so fascinating, I regret I did not have the chance to pursue further my skills in bridge engineering in my later career. They are just lovely work of science and art!

All these bridges bring back good memories of my earlier career which I still cherish!.

After viewing the medieval bridge at Carhors, France, we passed through San Sebastian and entered into Spain.

We went as far south as Seville;  a place of immense beauty that I will never forget.

We roamed the streets of Seville as if any tourist did. We were in a maze of tiny, city-center streets which were little changed since medieval times.

In this part of the old town, I was particularly awed by the cobble street and the architecture on the sides.  The horse-drawn carriages and the shadows added to the atmosphere.

The color photo below brings my memory back to 1985, the year the trip was made. 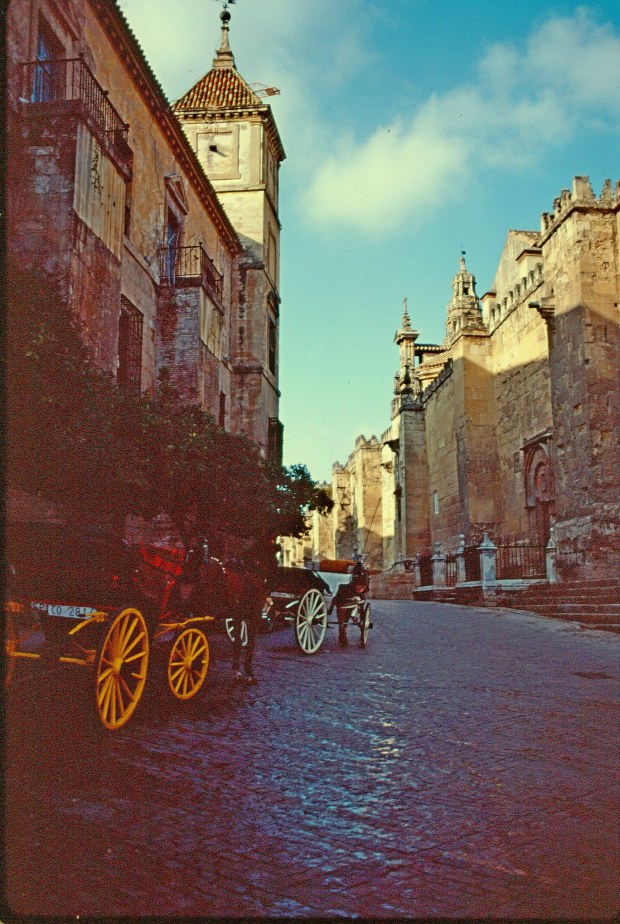 The yellow wheels of the carriages stand out from the image which otherwise looks quite plain.

While the color photo brings back memories of 1985; the sepia below brings back how I felt when I stood in the street taking the picture, surrounded by houses that were built many centuries ago.