In AD 305, Roman emperor Diocletian  chose to give up the job persecuting Christians and become the first Roman emperor to take his pension and retire near his birth place which is now Split.  His lavish palace is now the most important monument of the Roman architecture on the Eastern coast of the Adriatic. It is a remarkably  well-preserved Roman ruin with shops, cafes, and private accommodations behind  its walls.

The most captivating aspect of this place must be the town with its old buildings, narrow alleys and stautes which embody Split’s history and character, making it an unforgettable site in the Mediterranean; Split still has that crumbling, ancient feeling- the many old buildings we saw can attest to this. 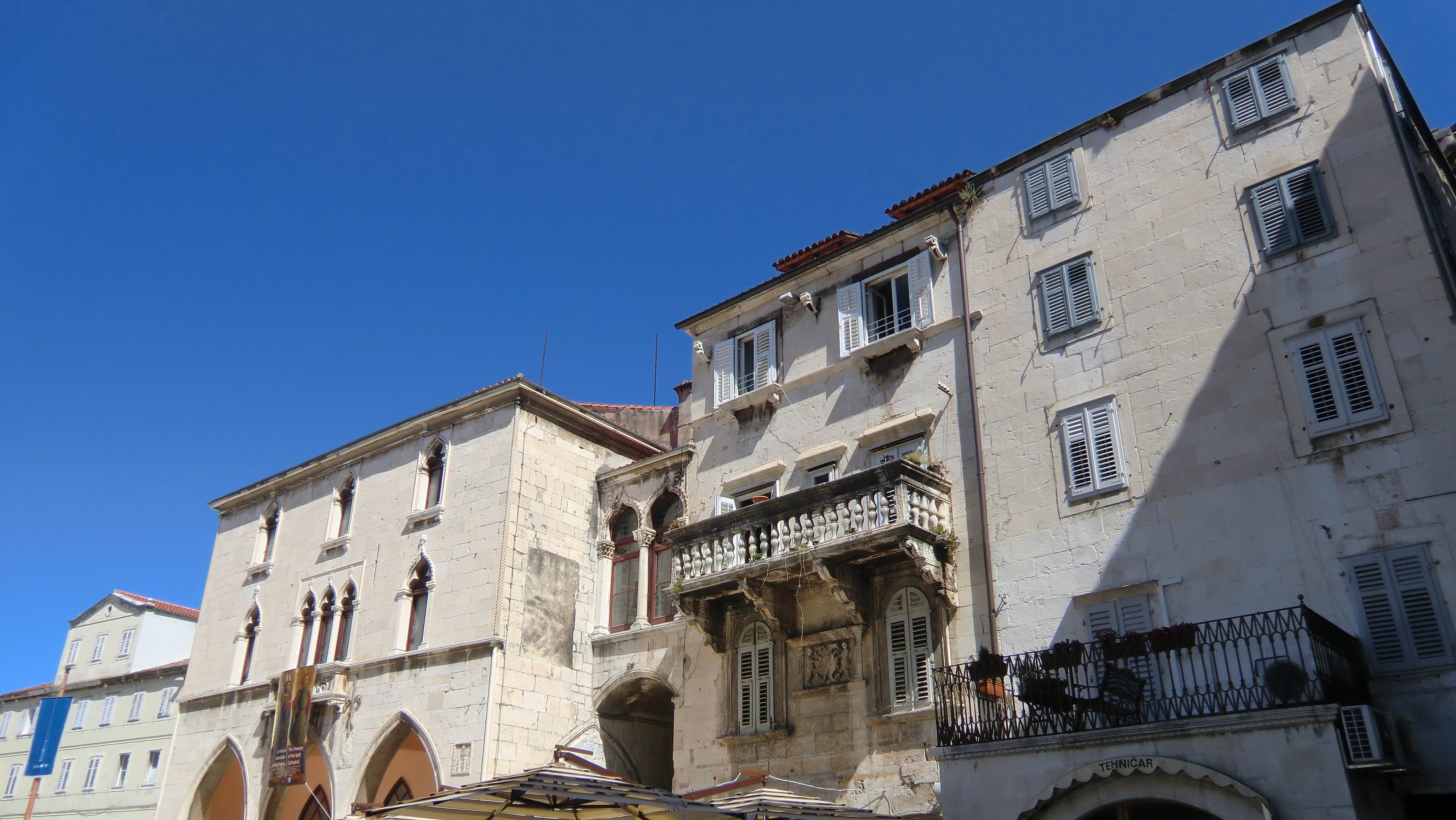 The Diocletian Palace is the very heart of the town and it bears a great importance for the history of the place and its people.  Common folks have been living inside the palace since the Slavs invaded. Today, the citizens of Split consider this to be a living city, not a museum.  The  palace  is punctuated with beautiful balconies and small gardens as  well as extremely artistic and talented people. 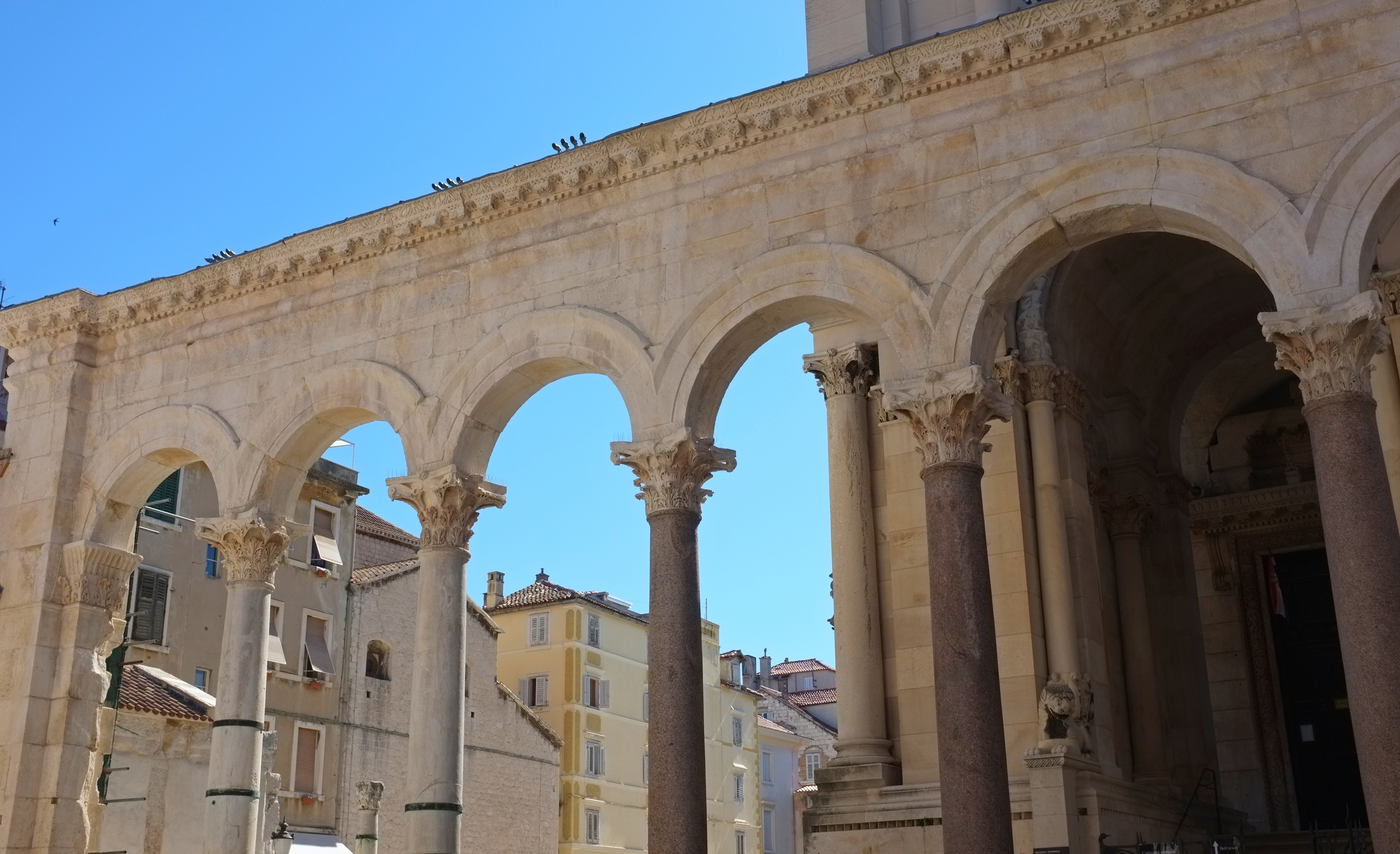 Here we saw a remnant of the Corinthian colonnade that lined the two intersecting thoroughfares along with the six-story Gothic bell tower added much later. 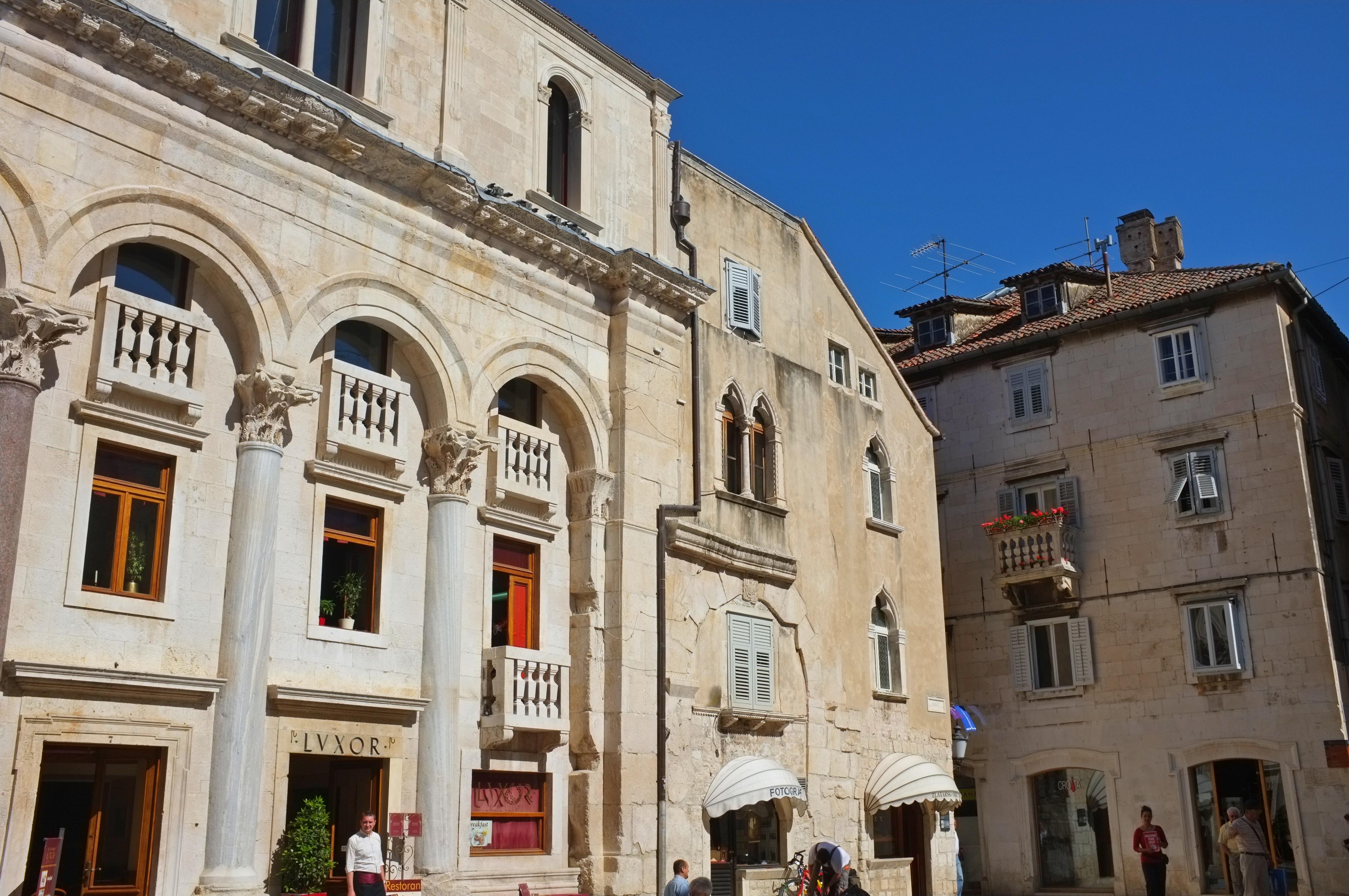 Looking north from the vestibule, we saw the elegant colonnade with a baroque building filling in its arches. 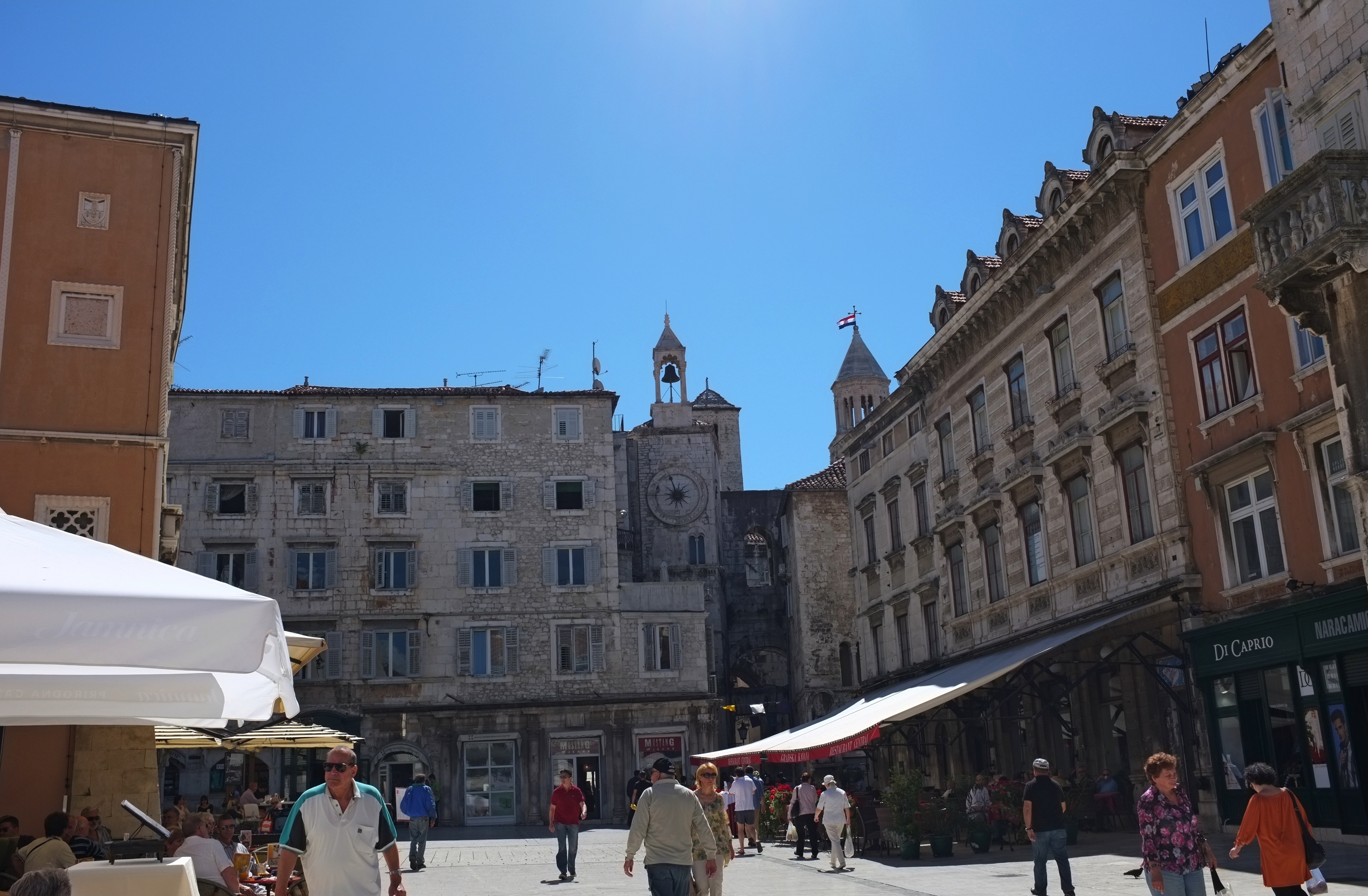 Just outside the palace is this People’s Square, Narodni Trg . In front is a Romanesque house with a tower containing a 15th-century clock. The People’s Square, which is a meeting place for the locals, has great ambiance. Here we found the “Iron Gate” into the city. While walking here our eyes were dazzled by the white hard limestone paving blocks in the square. 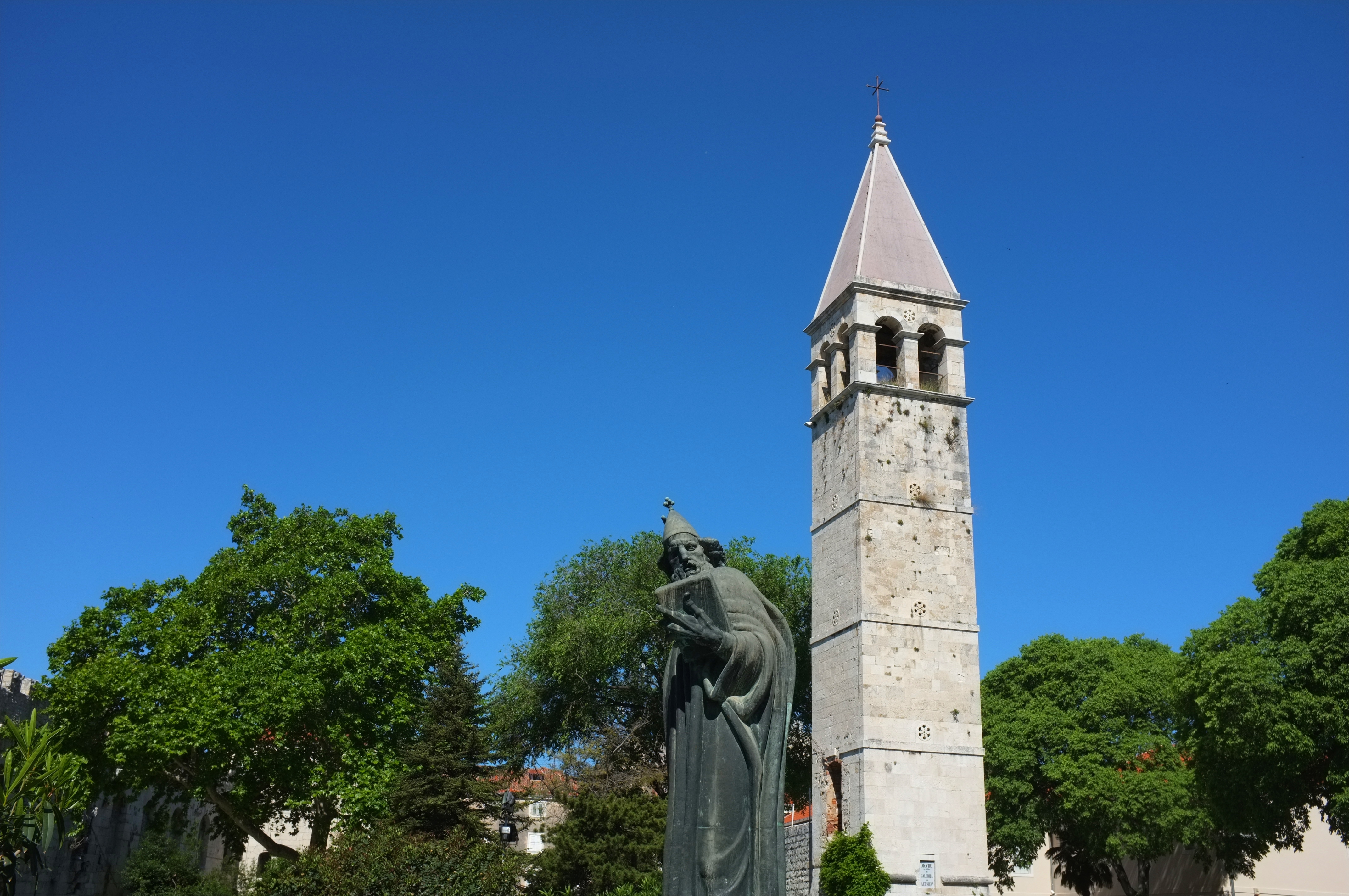 Walking outside of the palace, two strong vertical elements caught our eyes. The taller one was the tower of a now long-gone Benedictine Monastery. At the left what we saw was Ivan Mestrovic’s  imposing statue of 10th-century Croatian bishop Grgur Ninski. Rubbing the statue’s toe is said to bring good luck. 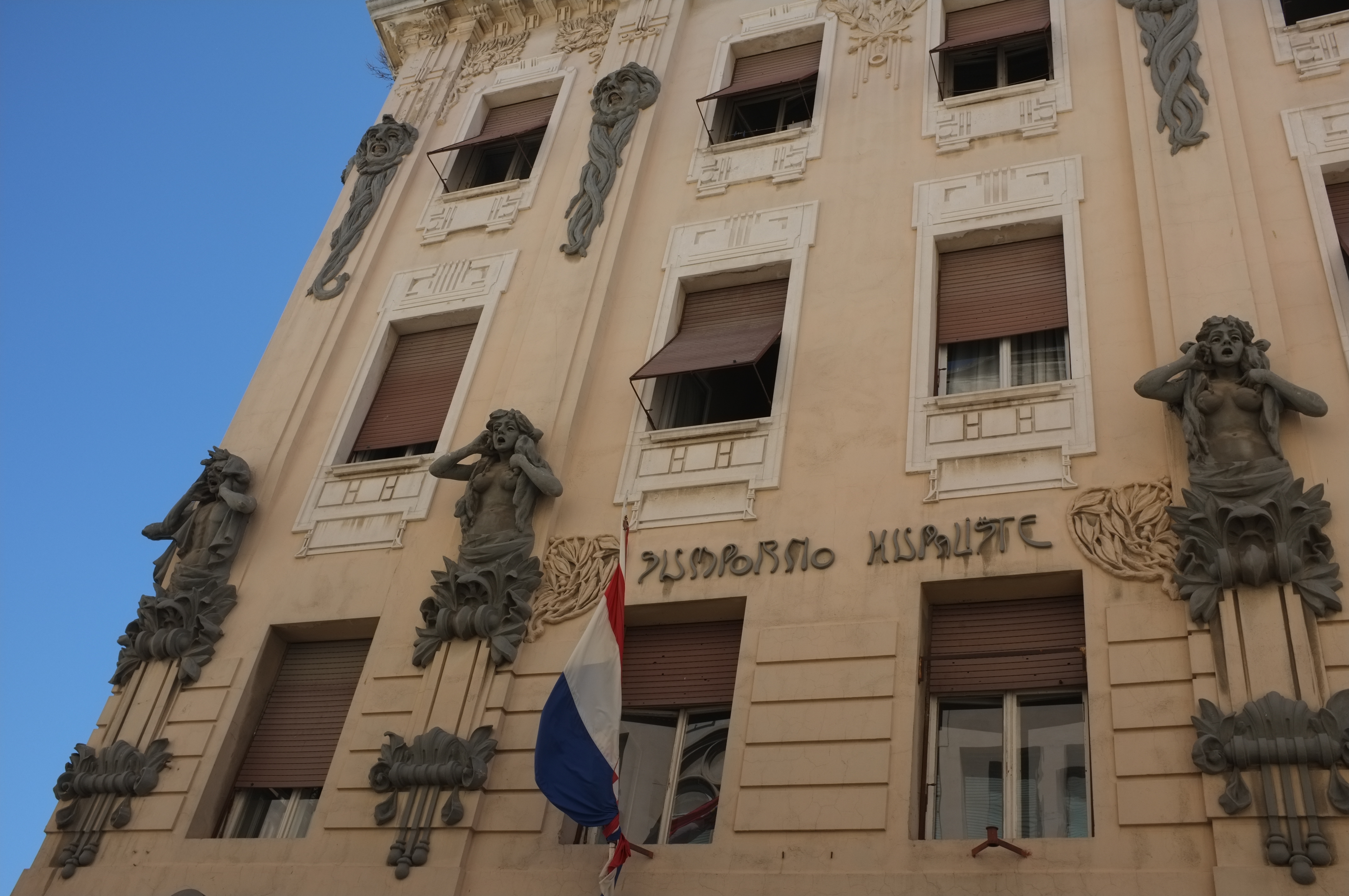 Now back to Marmont Street where we found this 1903 Croatian Art Nouveau building by a local architect named Kamilo TonÄiÄ‡. The building has impressive decorations sticking out of the buildings. The expression on the decoration of this building alone will make us remember the architect TonÄiÄ‡’ and, of course, Split.

We walked down Marmont Street and turned right at the interesting fish market, this got us into Republic Square where we have a good look at the cafes and the elegant building on the other side.

We would be leaving for Hvar the next morning. What we will always remember of Split are its inhabitants who are always bright and smiling and also the sea food dinner which was the best we ever had in Croatia.