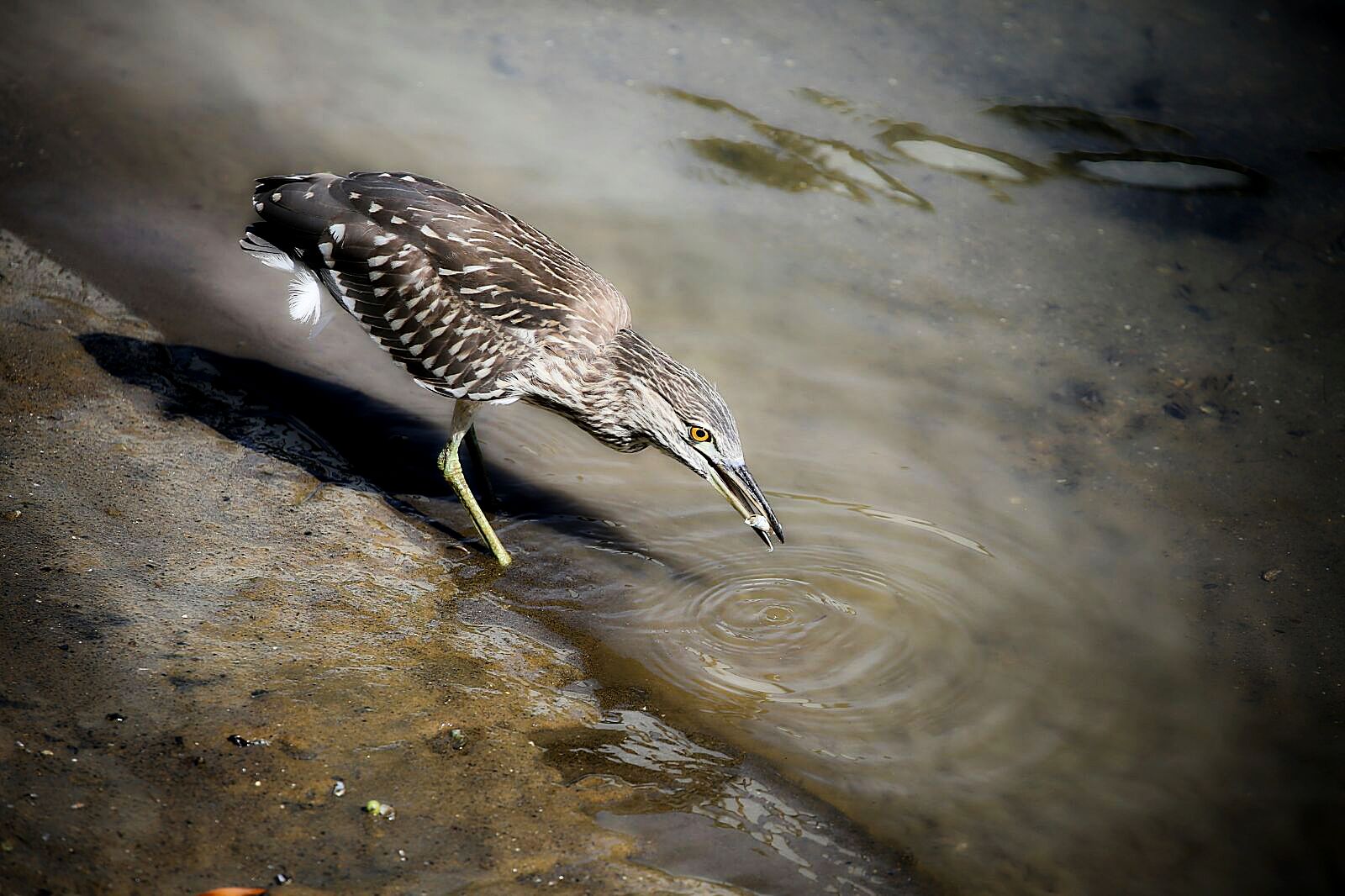 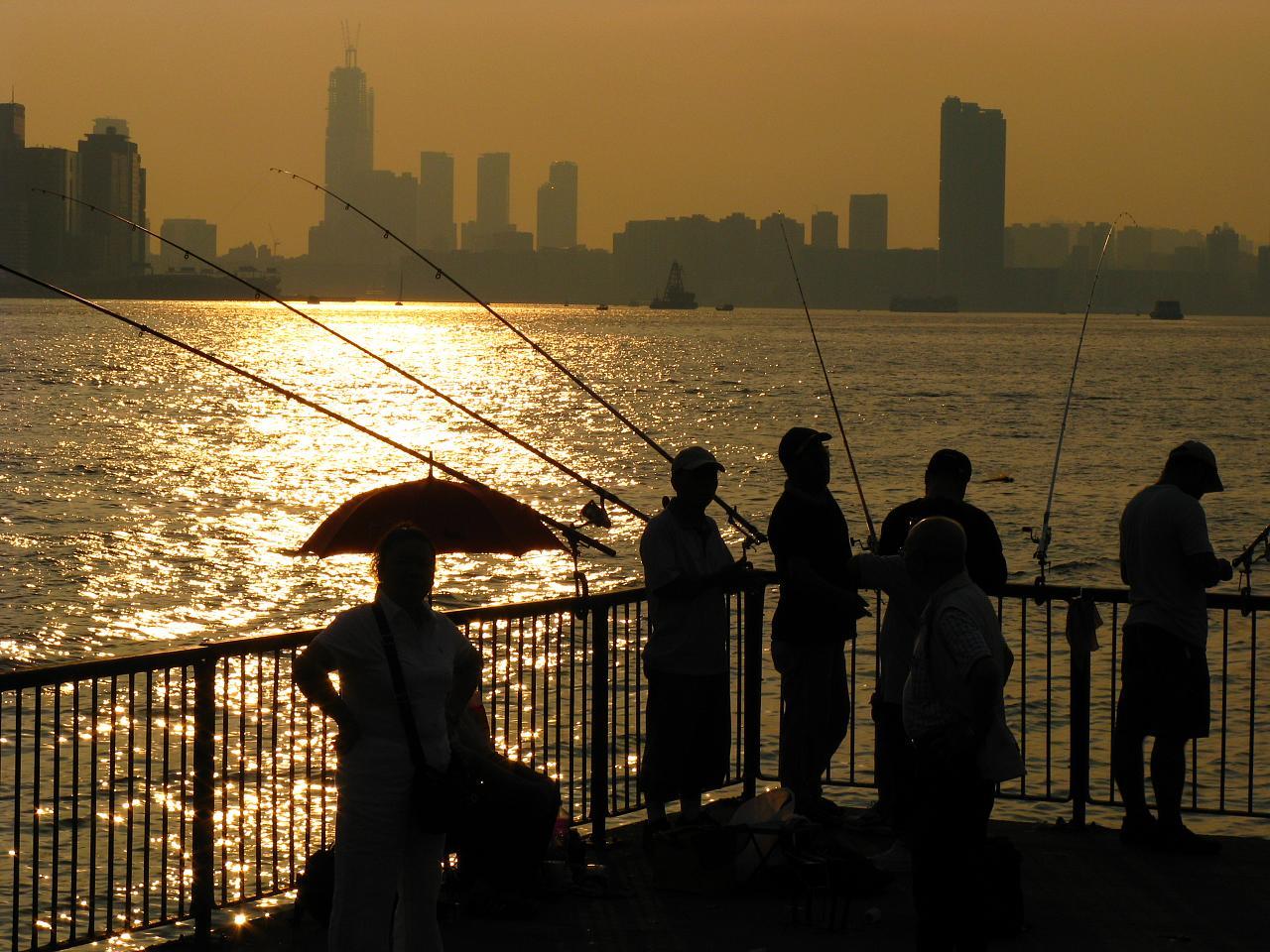 Do you mind the sun shining hard on you when you are fishing?

Not at all, I suppose.

The sun reflected from the sea as if it was a mirror of gold.

These anglers have got their caps on or holding their umbrellas. It won’t deter them from their fishing.

Picture taken in the water front of Hong Kong.

This morning, we went for a walk at the Plover Cove Reservoir.

We walked along the dam separating the sea from the reservoir.

We were met by this view which to me is so harmonious.

There was a complete harmony between the sky, the clouds, the far away hills, the reflection and the people fishing on the shore!

Fishing by the river.

This is one of the happy places I visited in Shinkoku, Japan.

Although I didn’t have the chance to fish there, I can appreciate the happiness fishing there taking in the views of the arch bridge and the beautiful surrounding.

The Old Man and the Sea?

Not sure, but this is a picture taken by my classmate (YM Chan) of a fisherman in traditional hat fishing on a sampan.

The sea was sparkling – there were twinklings reflected from the sea.

I just can’t stand fishing under the sun!

However, many anglers do enjoy fishing even when the temperatures are high and the sun was burning.

Here is a picture showing the anglers fishing in Hong Kong. Most of them have put their caps on; those who do not have a cap do have an umbrella. 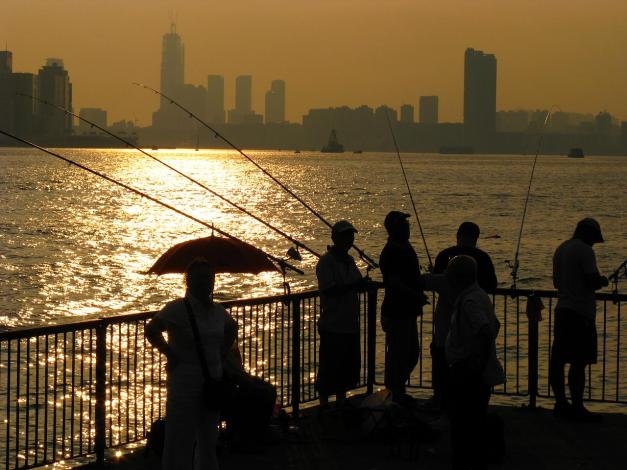 In the  background is the Victoria Harbor and some of the high rises.

From the picture, you can feel the heat coming out.

This is yet another picture from my angler friend CP Chan, to whom credit is due.

Here are some stunning photos of an eagle catching a fish from the sea.

The three pictures were taken by my classmate Mr. Chung Kwok Fan. 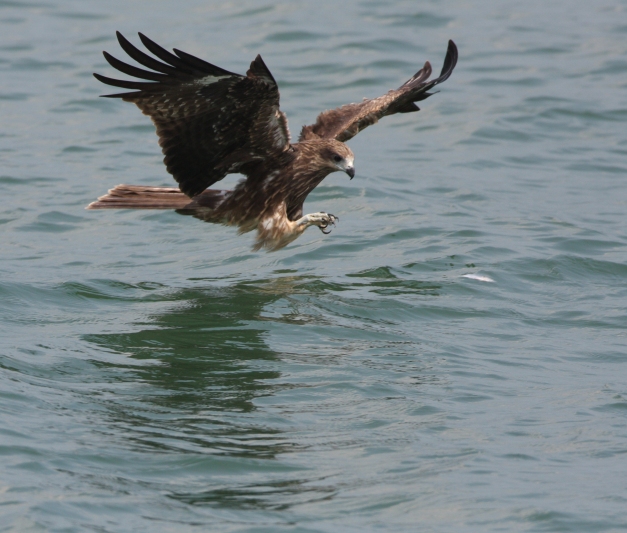 Just yesterday, on a sunny day, Mr. Chung visited the Saigon area, which is the reserve and back garden in the New Territories for the Hong Kong citizens.

A magnificent eagle swooped down, zeroed in on its prey.

While having undivided attention on its prey, it dived down, slowed somewhat and momentously suspended itself in the air.

Its action was so quick, by the time you saw it doing that, it already has its prey caught in between the legs.

Off it goes, it heads up, flying away in the normal manner as if nothing has happened.

Throughout this act, the spectators were thrilled. It was exactly the moment a photographer has been longing for.

Again, congratulations to Mr. Chung for taking the photos.

These are photos which should be submitted to the National Geographic – something which Mr. Chung has repeatedly declined.

This is the sort of photo which I don’t take. 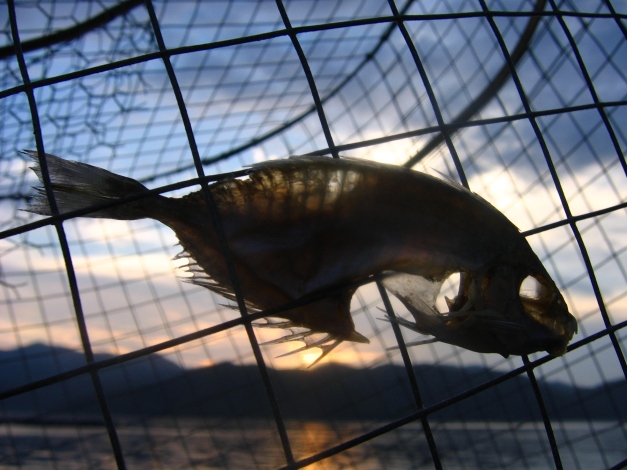 This is, again, another photo from my friend CP Chan.

The photo was taken again at the fishing rafts in Hong Kong; with the fishing net, mountains and sea as backdrop.

It shows, a dead fish abandoned within the net.

Clearly, my friend is more diverse in his subject of photography and has sharp eyes and inquisitive mind.