It was a joy sitting out in the balcony in our hotel, having breakfast  and overviewing Dubrovnik old town before sunrise ,while seeping tea or coffee.

It was our last day in Dubrovnik. After viewing the town from the  top of the walls , we were eager to walk on the street level once again. 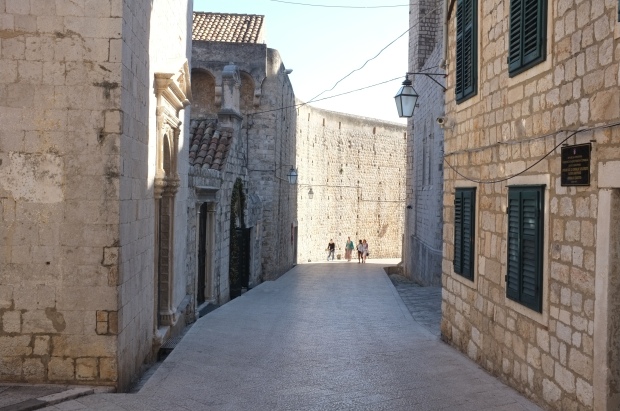 After a hearty breakfast,  we strolled down the narrow marble paved stone pavement with high walls on both sides.

Only on street level, we appreciated how tall those walls were.

Local paintings on the side of the street have always interested us, they show how local people perceive the area; what they think would most appeal to tourists. They appear like a colorful jigsaw placed against a medieval stone wall. 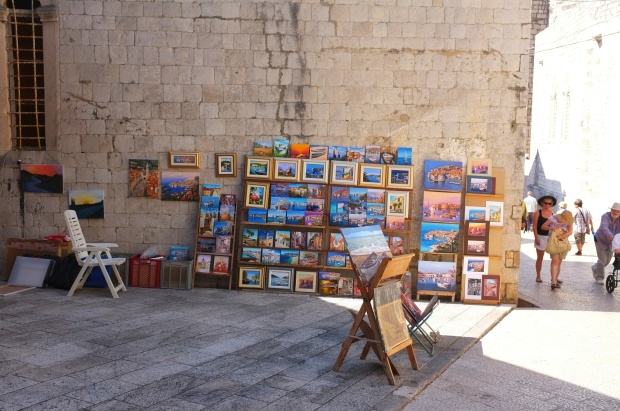 We passed under arches as if there were only ordinary structures. 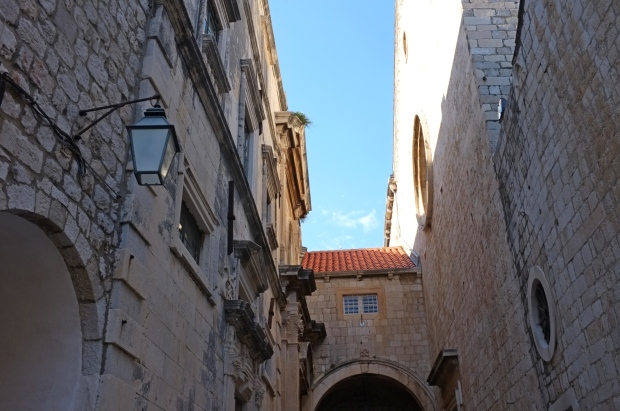 As the citizens of Dubrovnik will do, we squeezed through narrow alleys. 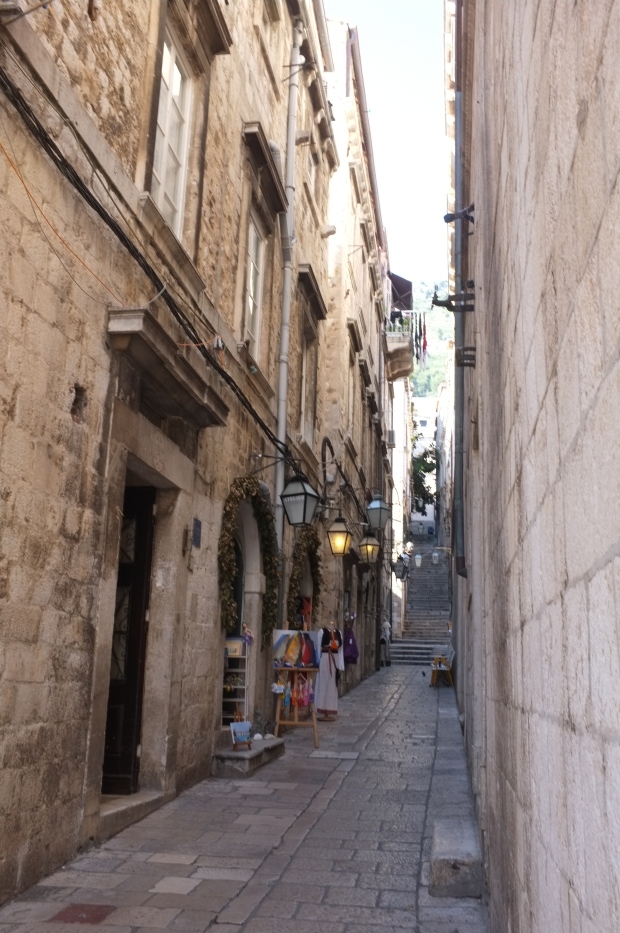 We made our way towards the city center. On the way, we couldn’t help admiring the architecture

We passed by the Franciscan Monastery . The Romanesque/Gothic structure (occupied by monks for more than 600 years) was rebuilt after the ruinous earthquake of 1667, but the 14th-century cloister survived.

We walked up to the top of a knoll and had a good view of the Jesuit Church.

We finally made our way to The Cathedral.  This Baroque Cathedral was built in 18th century, after  an earthquake destroyed the original. Inside there is a Treasury with lot of interesting exhibits.

Silvana Jakus, in The Thousand Islands of the Croatian Adriatic, beautifully describes my feelings towards Dubrovnik:

“The first journey to Croatia is always an adventure, a trip into the unknown. On subsequent explorations, familiarity refines the hidden depths of beauty; personal recognition enhances sights and sounds. Like good wine, true fulfillment comes only after anticipation, cultivation and dedication. You will know when you feel it. It is like an emotional longing, which has suddenly been satisfied.”

With that feeling, we departed this lovely old town.