This week’s photo challenge is H2O.

I like photographing water in its different forms and states. 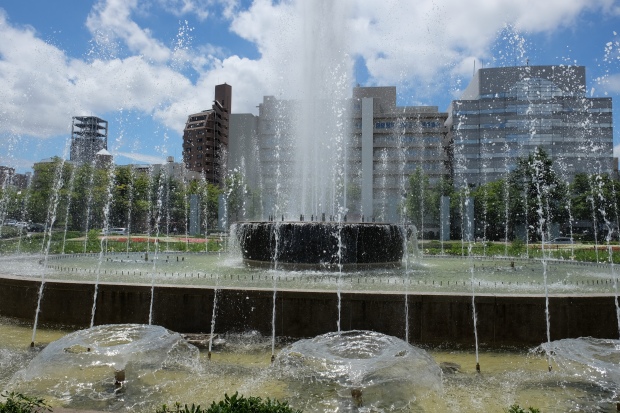 Photographing fountains is my favorite too.

The first one is a picture taken in the peace memorial park in Hiroshima.

I have adopted a slow shutter speed and a shallow depth of field.

At the bottom of the fountain, the water came bubbling up. 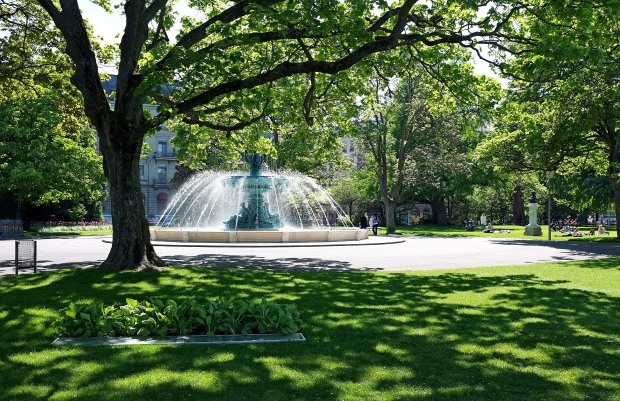 The second photo was taken in Geneva, Switzerland.

I must admit my main focus was on the trees and the shadows although the fountain is an indispensable part of the photo.

We stayed somewhere on the hills overlooking lake Geneva, Switzerland.

To stay healthy, we did a walk about after an early breakfast.

Firstly, we have to negotiate a somewhat steep trail.

Along the trail, there were some fox holes. Unfortunately, I have no luck of seeing any foxes.

We climbed higher and reach this grassland where there are only a couple of lone trees.

I like trees in a open plain and was glad to take this photo.

Another good morning I woke up to, just fantastic!

Clouds are my favorite subject of photography.

In particular, I like shooting storm clouds in the tropics, over the infinite horizon.

Here is a picture taken at Geneva, overlooking the lake with some extraordinary clouds at a relatively low altitude.

I have turned it into a black and white to make it look more moody.

Here is my last and belated entry on Shadowed.

Strolling around the city of Geneva, my eyes were caught by this sculpture in the shade. 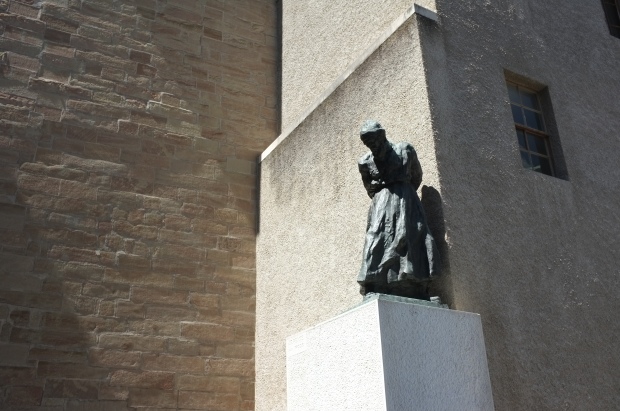 Not only the sculpture was shadowed, the masonry wall next to it appears undulating due to the shadow.

Geneva is not just about the lake and the fountain. Although the lake, the boats and the swans there are just lovely. 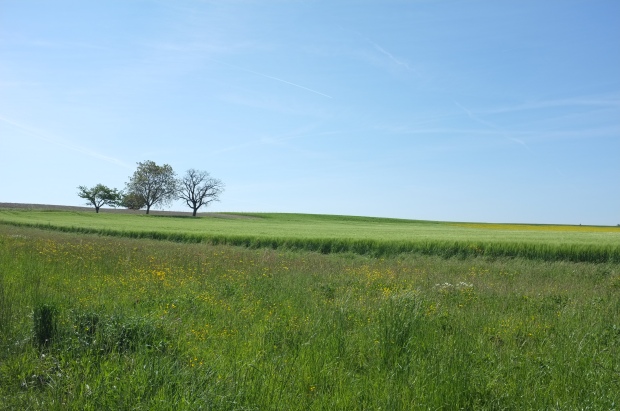 We went hiking the hills. The grass is so green but many of the trees were still bare.

Some commented that the green view of grass in Geneva is a bit boring, so I have never posted these images.

To me, they are just soothing to the eyes!

This week’s challenge is Juxtaposition.

I have six photos here and was wondering which one I should show first.

The first image was taken in Budapest, Hungary. It involves a juxtaposition of three things. The most interesting items are the work of art displayed in the shop window. These contrast somewhat with the paintings you can see within the shop. Within the shop, there is a portrait of a woman hanging in the middle. To the left is a reflection of me taking the photo; also to the right is a lady doing window shopping. 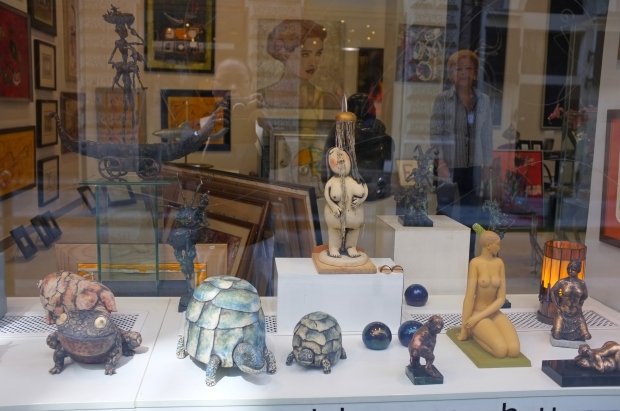 The second image shows a giant advertisement sign against the backdrop of the night scene of Hong Kong island and the brightly lit street of the touristy area Tsim Sha Tsui. 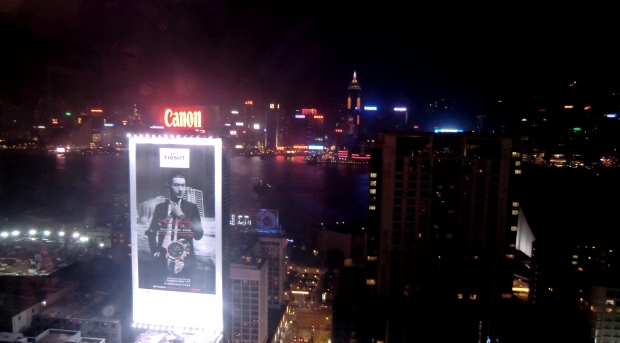 The third image was taken when we had tea in a tea house in Lijiang, Yunnan, China. It is a juxtaposition of the window frames and the thousand tiled roofs of houses in Lijiang.

After enjoying our tea, we had a stroll of the Lijiang area – where we took our fourth image. Red lanterns on the right in contrast with steps leading up to a local house. On top of this, there is the head of somebody slipped into the lens – his head can be seen on the lower right hand corner (this is sort of photo which I will never show, if not for the theme of this challenge!)

The fifth image was taken in Geneva, Switzerland. We have this strangely shaped tree contrasting with the big glazed windows of a modern high rise, which also presents a contrast with the older and shorter buildings to the left.

The last image shows a juxtaposition of the Christies sign against the church spire.

It looks like contrast can be found almost everywhere, be it east or west, old or modern, manmade or nature!

I like converting some of my colored pictures to B&W to see if they convey a different mood. Whether I like them depends on the mood they give me. 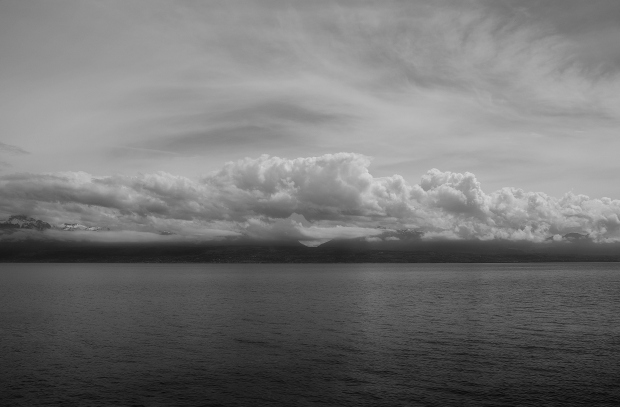 The picture was taken at Lake Geneva, I like the clouds in the B&W which dominate the picture.

For comparison, the colored version is also shown. It gives a more peaceful feeling. Also, the snow capped mountain can be more clearly seen.

Sometimes, I ended up liking both versions.

Jet d’Eau is one of the largest fountains in the world. Situated at the point where Lake Geneva empties into the Rhone River, it is visible throughout the city and from the air, even when flying over Geneva at an altitude of 10 km. With white swans in the foreground, the jet just looked fantastic. . . . . . . . . . . . . . . .