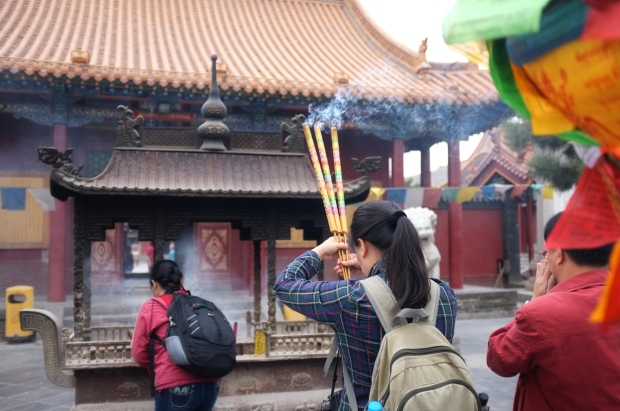 I am not sure what is the best picture for this theme.

Here is a picture taken of a tree stump in Inner Mongolia, China.

It is said to be a thousand years old.

I didn’t expect there were camels in the grassland.

Woke up early in the morning and wandered into the grassland.

It rained the day before and there was no sunrise.

There were quite a few camels that have woken up and grazing on the grassland in Inner Mongolia.

Although, I didn’t expect so many of them.

They were not as tall as the ones I saw in Egypt or India.

They have double humps too.

I surmised that they were raised by people in the area  and are not wild ones.

Also nearby were some horses.

When I am on a trip, I have a habit of wandering around the hotel early in the morning to find out what’s happening around the area.

This is Erdos in Inner Mongolia, China.

I was surprised to see the modernity of the buildings in the area.

I saw people doing exercise in the garden, early in the morning.

I was also surprised to see most or maybe all of those doing exercise were women; not only that, they seem to be well dressed up – do they go to work immediately after the exercise?

Why’s that there were no men doing the exercise?

In the same garden, there is also a pool where they have a good reflection of the nearby buildings.

I have flipped the image upside down so the buildings are on the lower half!

Summer is short in Inner Mongolia.

The green green grass has quickly disappeared and the land become parched and sandy once again.

It was getting dark; appearing in the horizon are some horses and a scooter – which reminded me that I was actually in Inner Mongolia.

A place which I can imagine to be bleak and very cold in the Winter.

This is my second interpretation of Weightless.

I felt somewhat surreal when watching clouds in the Inner Mongolian desert.

The clouds seemed floating in the air.

The sand underneath my feet made me feel heavy; whereas in contrast, the string of colorful umbrellas on the horizon appeared as if they hung effortlessly from the air.

The Mongolian yurts on the left reminded me this place was surreal.

No photography was allowed inside the mausoleum of Genghis Khan in Inner Mongolia.

So, I am not able to share many of the interesting exhibits like clothing, weapons, coffin etc of Genghis Khan. This is very much regrettable.

Outside the mausoleum, there is a vast space for worshiping of   Genghis Khan.

There was a raised circular space with steps on the sides, presumably this is for staging the worship ceremony.

On the sides, there are stone sculptures of dragon heads.

One of the pictures taken was a close up of the dragon head.

There are also copper or bronze vessels for burning of joss sticks, for making offers during the worshiping ceremony.

As someone who knows not much at all of the Mongolian culture and history, I was at a loss as to what many of the things I saw represent.

For the sake of sharing, I am sharing photos here that I still don’t understand what they represent.

I hope when I have the time, I will research into their meaning and significance.

Known as Emperor Taizu of the Yuan Dynasty and also named Temujin, Genghis Khan (1162-1227) is a leader of the Mongol tribe, as well as a strategist and a statesman.

Among all the significant rulers in Chinese history, Genghis Khan was  one of the greatest. He was the founder of Mongol Empire and the  sequential Yuan Dynasty (1271-1368), and by the end of his life, the  Mongol Empire occupied a substantial portion of Central Asia and China.

The present Genghis Khan’s Mausoleum was built in 1954 in Erdos city,  about 185 km from Baotou, the largest city of Inner Mongolia.

Most people believe that this mausoleum is not where he was actually  buried but is rather a gathering place for Mongolian people to worship  the spirit of the mighty Genghis Khan. The great ruler’s real burial  place still remains a mystery. The mausoleum consists of three grand halls, which are shaped like Mongolian yurts.

The joss sticks and candles in the halls of the tomb burn all year round. Every year, four grand sacrificial ceremonies are held here to commemorate Genghis Khan, a hero of the Mongolian people.

These pictures were taken at the mausoleum, as part of my trip to Inner Mongolia.