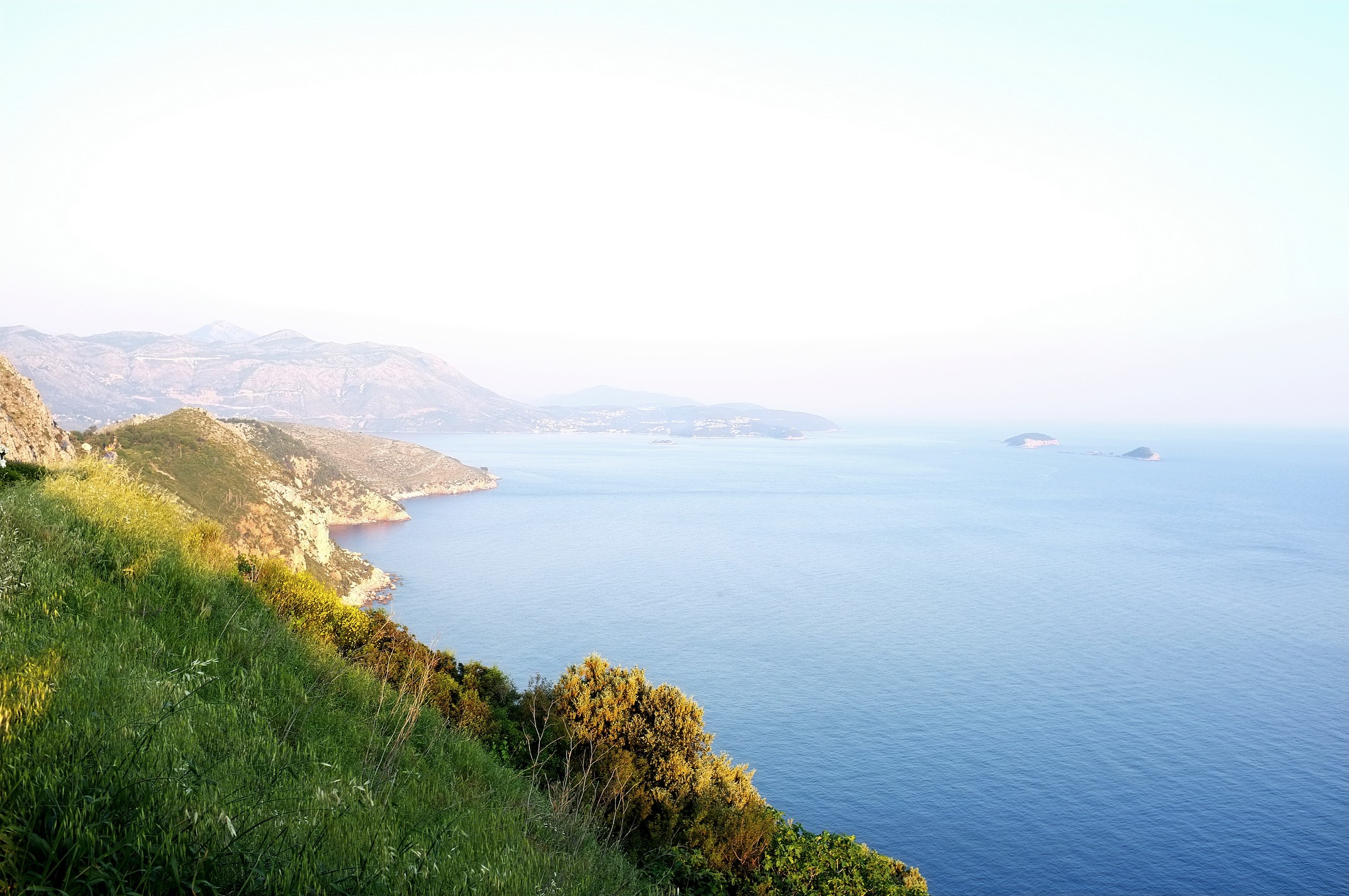 I like pictures which show a lot of contrast.

This picture taken on the eastern side of the New Territories in Hong Kong illustrates my point.

Dark clouds hung over but penetrated by colorful light.

This is another view from Kowloon Bay, on the Eastern side of Kowloon, Hong Kong.

The sun has set but still sending some of its colorful rays up, shining through the clouds. 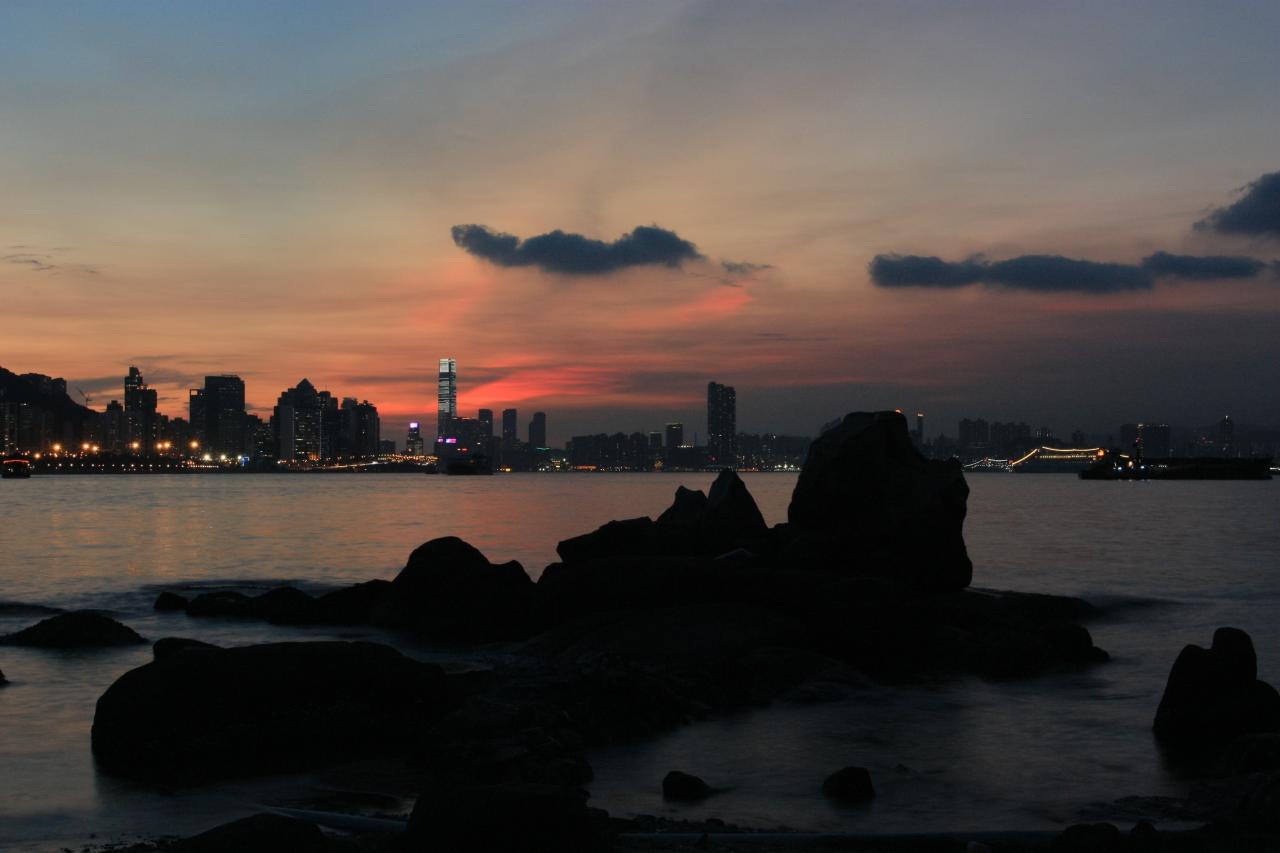 It is a spectacular view of the Hong Kong Island with the beautiful streaks of clouds and high rises as the background. In the foreground are some coastal rocks.

This was how the sun shone on a passing vessel in the western harbour of Hong Kong.

Watching sun rise and sun set is my favorite pastime.

If you are in the city part of Hong Kong, then gazing towards to the West of the Victoria Harbor probably gives you the best view without having to travel any further. 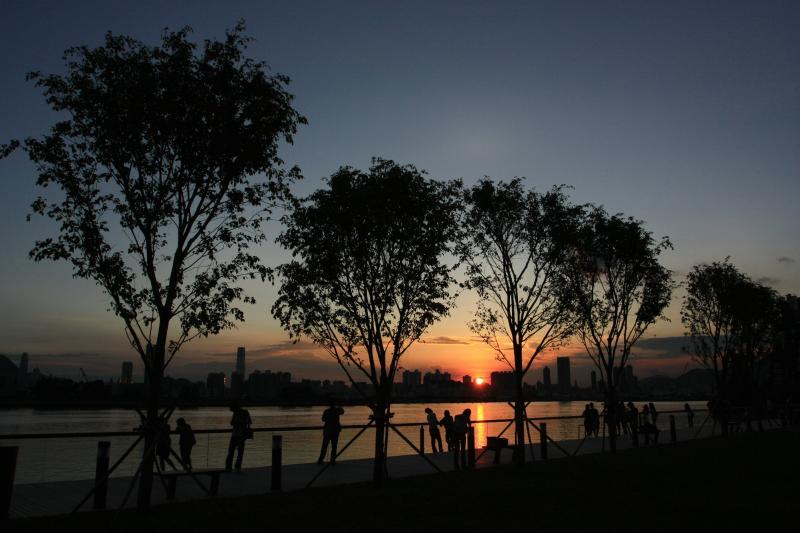 Here is a picture taken in the fringes of the city, on the Kowloon side, just before the sun sets.

I like the sun down to such a level and the silhouettes of the trees.

The views you get travelling up the Yangtze River are not quite the same as floating down the same river, people told us.

I can believe in this as views can be different if you view them the other way. 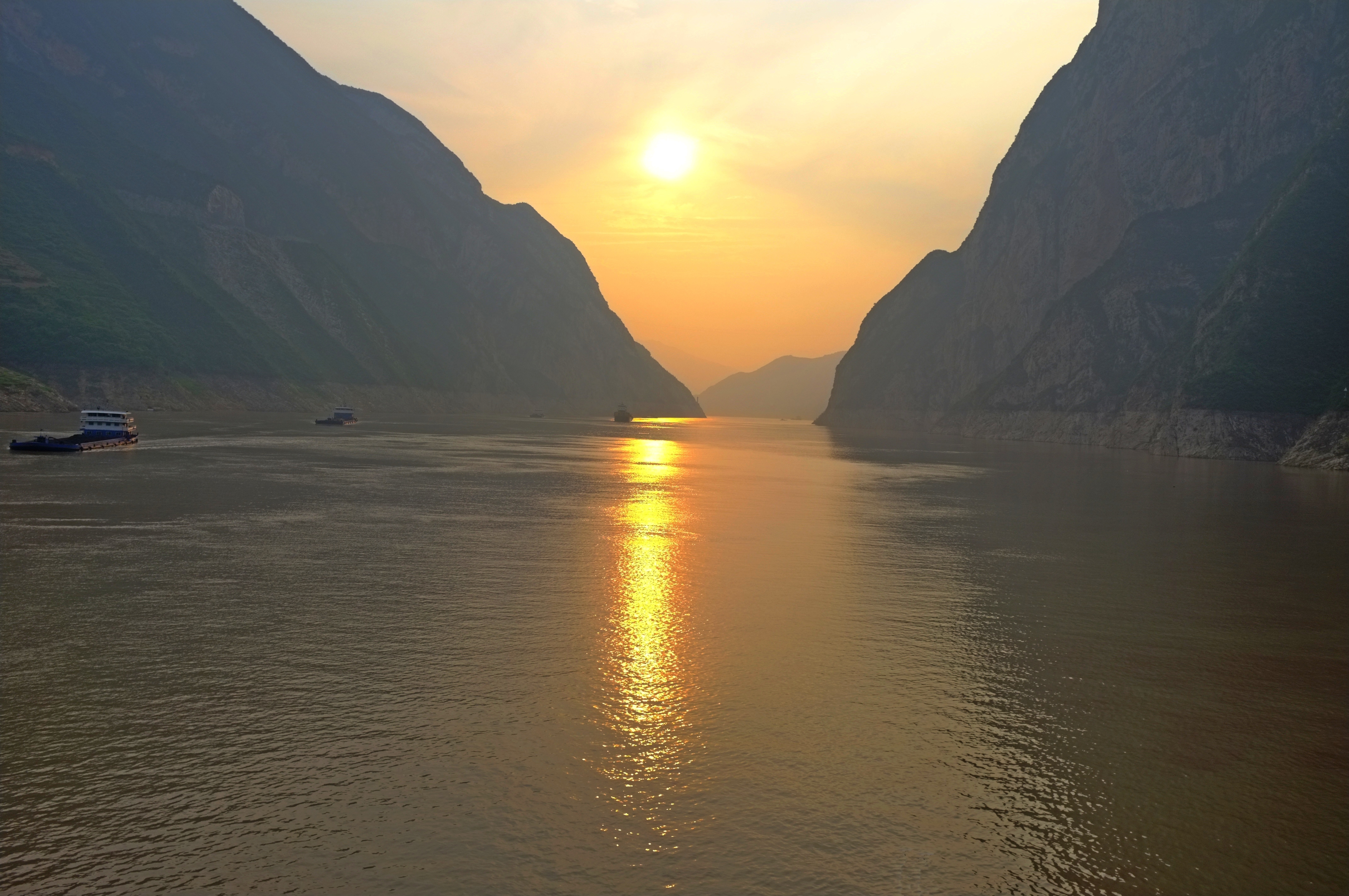 The trip was unforgettable!

I was entranced when we made our way up with the sun setting in front of us. It was surreal!

Most tourists head for the fortress side of Dubrovnik; we did the same too.

Many of my photos show the fortresses, the walls and the many terracotta roofs.

For a change, this picture was taken towards the sea, away from the fortresses, when the sun has set.

We were walking back to the hotel and my eyes were captured by the very peaceful feeling of the sea and the cliffs and the lone house by the seaside.

I have been posting a series known as The Dog that Lived on a Fishing Raft.

It was about the life of a dog whose owner chose to rear this labrador on one of his rafts for rearing fishes in the sea.

For much of the time when the owner was not on the raft, the dog was a loner.

This dog has a great connection to his owner and to those who went fishing on the rafts.

I have stopped posting about him when I heard last summer, this dog Dor Dor was drowned in the sea. He went for a swim but couldn’t get back onto the raft because his body was too heavy ( due to captivity on the raft) and the raft was too high to climb back on.

Here is a photo which shows the great connection between the dog and the owner. May his soul rest in peace.