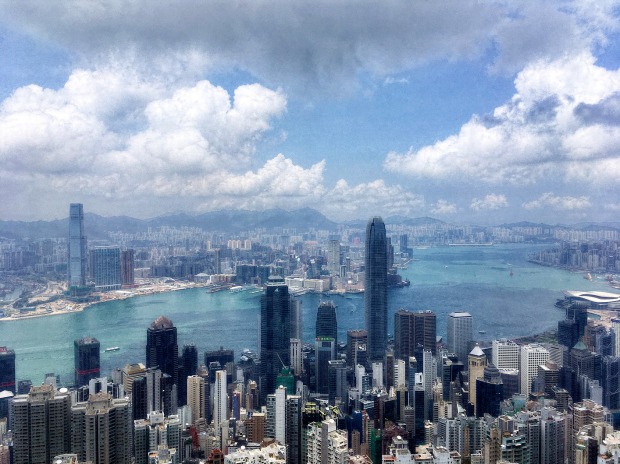 This week’s DP theme for the Photo Challenge is Now.

I have a series of pictures here taken with a similar background – the skylines of the Hong Kong Island with the hills behind and the Victoria Harbor.

All pictures have also in common the Star Ferry harbor crossing vessel.

The last one was taken Now.

It can be appreciated from the photos the tremendous change that has happened to the shoreline / skyline of Hong Kong Island.

I didn’t take the first two photos, they were downloaded from the internet. As the source cannot be ascertained, I am unable to ask the photographers for their permission to upload. The credit of these photos belong to these unknown photographers.

I have taken my readers for  “A Stroll Round Victoria Peak” in my earlier post https://retireediary.wordpress.com/2012/10/18/a-stroll-round-victoria-peak-hong-kong/.  A stroll round the Victoria Peak is something I always like to do whenever I have the chance.

This stroll takes you to see the views of the quieter parts of the territory, the trees and fauna and other things that I came across in my recent stroll, as well as some interesting views of the area around the harbor.

Our stroll as usual started near the Peak Tram Station. This is where we have the “bowl” shaped building where tourists love to go onto the roof platform to have a good panoramic view of Kowloon, on the other side of the harbor.

The tram which took us from Central to the peak station has been running for over a hundred years, I usually take the tram up but not going down as the downhill trip will be  reversing and you can only see receding views from the tram windows. 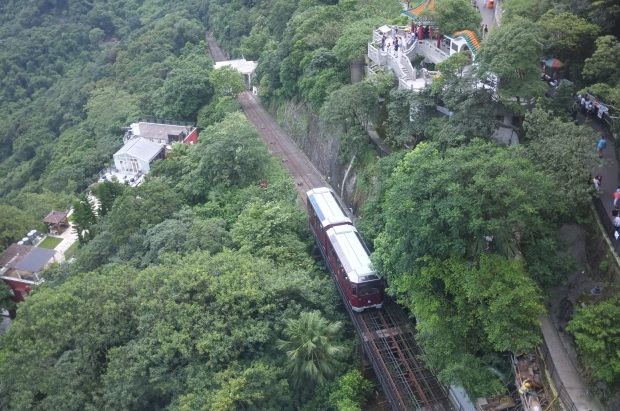 In each of the strolls, we were delighted to discover something new. This is the first time we saw the big roots of a pine like tree.

Apart from the breath taking views on the other side of the harbor, this stroll also let us see some of the fruits on a tree.

Most visitors will note that the hill slopes on the side of the walking paths are covered with moss or other green plants. The peak usually has a higher humidity and a lower temperature than at ground level. 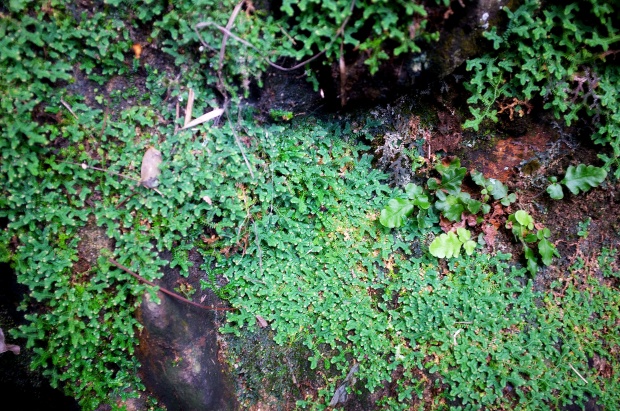 This stroll also took to this bright red color Victorian post box of a grand heritage mansion which will be converted to become a hotel in the midst of objection from many parties. 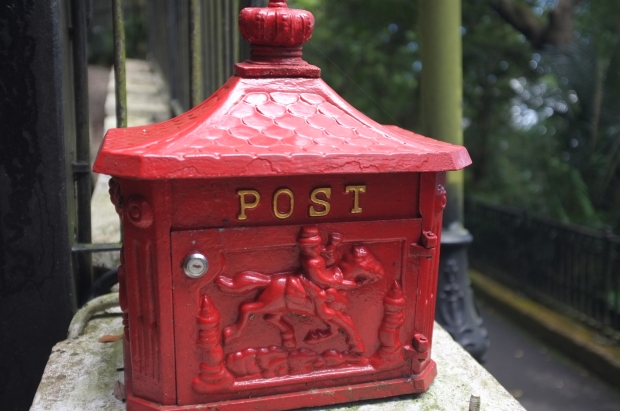 We passed by many view points where we would pause and take in  different views of the harbor.

Many tourists will find the view with the tall buildings zooming up from the CBD interesting.

We were walking in a westerly direction. As we walked, we could see more of the western parts of Hong Kong Island and Kowloon. 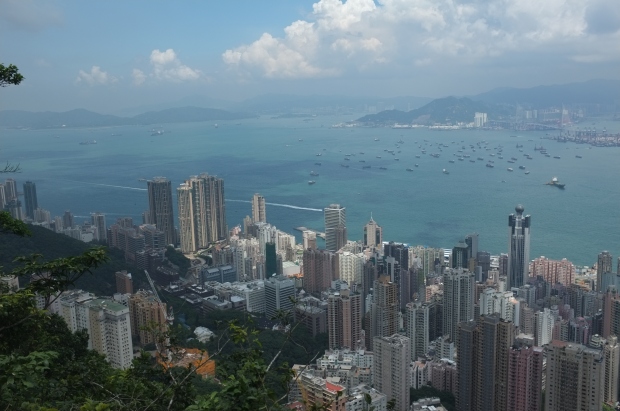 The northern coastal strip of the Hong Kong island came to an end as we walked further in the westerly direction. 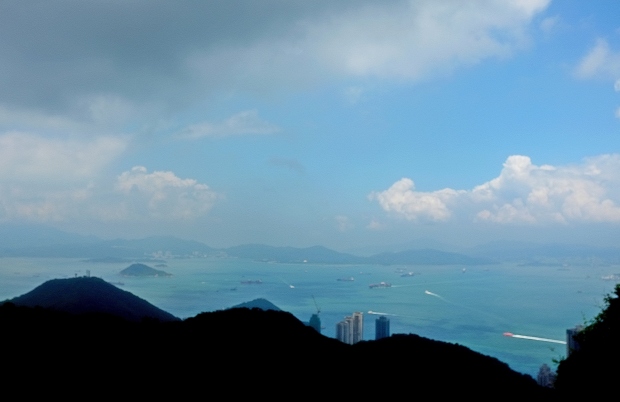 Walking further south, we enjoyed the quiet views of outlying islands with the hills in foreground in a silhouette.

Once we turned enough south, we would be heading back north to the starting point.

It is a stroll which I am never tired of taking – for each stroll brings new perspective and uncover new things!