This week’s challenge is “Unusual Point of View“.

The first view was taken from a sampan. We were travelling through a limestone sea cave in Langkawi, Malaysia.

Inside the cave, my eyes, and my camera were directed to the rugged and dark surfaces of the sea cave. Natural light eventually came through when we were approaching the other end of the sea cave. 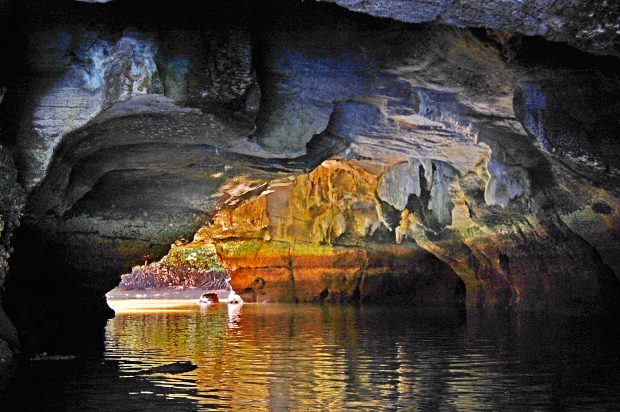 It was a moment of contrasting beauty – we have the dark rock surface on the left, transiting into a colorful layered rock on the right and through this, we have light at the end of the cave revealing the  marshy area outside.

The second view was taken from down under in the Angkor Wat temple in Cambodia.

The temple has sort of skylight so as to allow sunlight coming in.

I was viewing the sky from deep down; as if I was viewing it from a well. The stone blocks forming the four sides of the well are rough textured, non uniform and quite crude.

I was glad that I wasn’t stuck forever in a deep well!